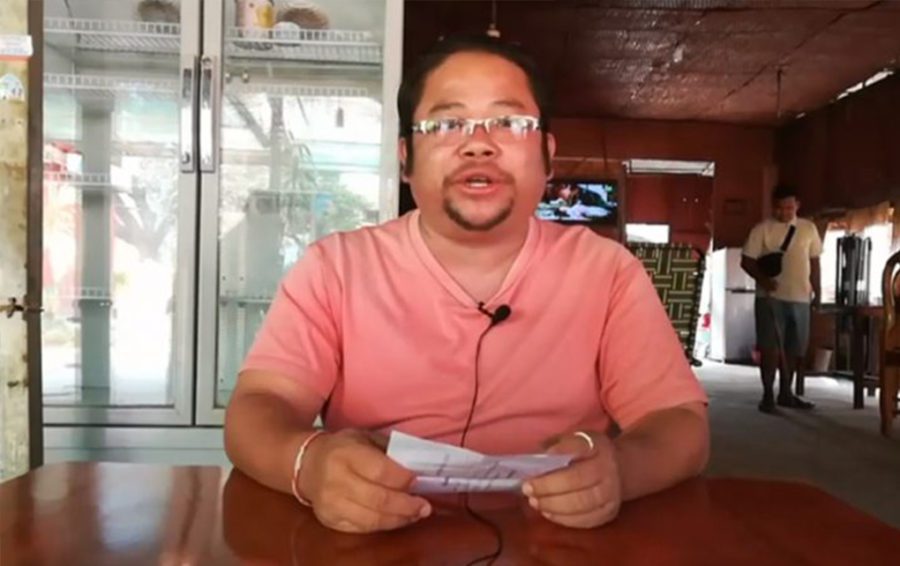 A Siem Reap tourism association has filed a court complaint against the publisher of a one-man digital news outlet, claiming it was spreading false information about the Boeng Pearaing bird sanctuary.

Kong Mongkul, president of Boeng Pearaing Bird Sanctuary Tourism and Culture, told VOD on Thursday that his complaint for false information—citing a charge in the Criminal Code related to threats to cause harm—was already at the Siem Reap Provincial Court.

Mongkul said he objected to Kampuchea Sovanphum News reporting on Facebook that there were irregularities in a large pond-digging project in the sanctuary.

“He said that all income from dirt-selling just went into the pockets of a few people,” he said.

He claimed Kampuchea Sovanphum News had made several other false reports.

“He said there were no birds in the Boeng Pearaing conservation area any more,” Mongkul said, and claimed that the publisher of Kampuchea Sovanphum News, Phlong Ret, had also said that “I intend to assassinate him.”

Mongkul demanded an apology from Ret.

Ret, the publisher and editor-in-chief of the digital news outlet, refused to apologize.

“I said nothing wrong—why should I say sorry? Why should I give my thumbprint and admit a mistake?” Ret said.

He would be happy to publish Mongkul’s explanations about the stories on Kampuchea Sovanphum News, he said.

“I asked [him] to write an explanation letter,” Ret said. “But [he] did not write one, and [he] filed a complaint to the court.”

Ret added that he would testify in court if summoned, and would continue to report on any scandal in Siem Reap City’s Chreav commune. He also asked that the problem be resolved according to the Press Law.

Since early March, Ret has been posting videos related to what he says is a 20-hectare pond-digging project on his Facebook page and website.