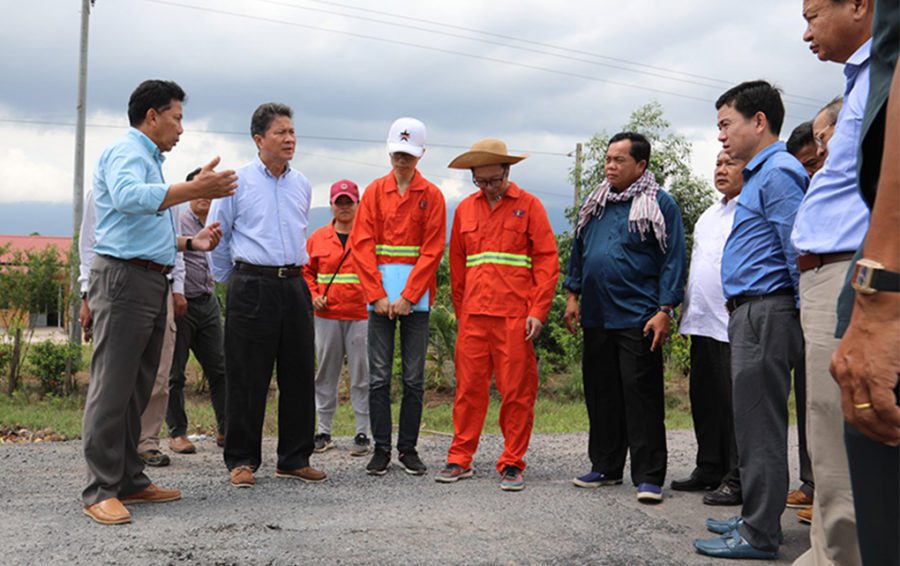 An unidentified Chinese company will be forced to rebuild a portion of damaged road between Kampot town and the Veal Renh roundabout, which lies about 50 km west along National Road 3 on the way to Sihanoukville, due to severe damage sustained by the road, according to Transport Minister Sun Chanthol.

According to a post on the Transport Ministry’s Facebook page, Chanthol and other ministry officials on Thursday went to inspect the road, which is still under construction, and found that it was not in accordance with technical terms of the building contract due to a high frequency of cracks, bumps and holes.

Chanthol said that the ministry would not accept the road in its current state unless the Chinese company building the road repaired it. However, Heang Sotheayuth, a ministry spokesman, told VOD he could not remember the company’s name.

The company nevertheless should consider this a first warning, he said.

“If they don’t make the re-improvements, we will not sign to accept the project at the end. So, that means that they cannot finish and cannot get the money,” Sotheayuth said. “We will also write a letter to the [Chinese] government, which is the donor, and let them consider this issue and help to take action.”

The $12 million road project was due to be finished by August 2019.