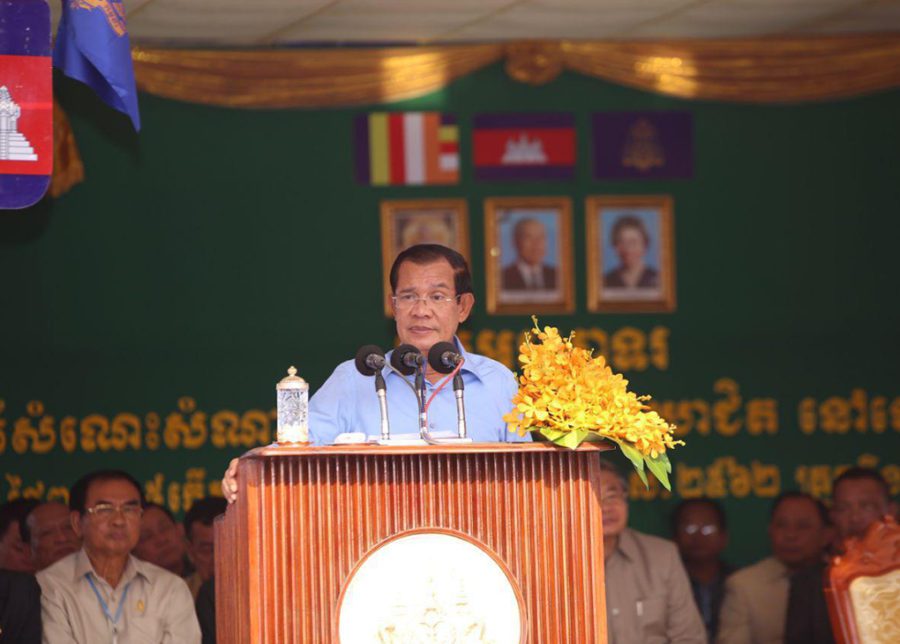 A Cambodian delegation will travel to Turkey to attempt to obtain a 200-megawatt “powership” to ease electricity shortages, Prime Minister Hun Sen said on Wednesday.

Speaking to more than 10,000 garment workers in Pursat province, Hun Sen said the director-general of the Electricite Du Cambodge, Keo Ratanak, would travel to Turkey to negotiate.

“Keo Ratanak will fly immediately to Turkey to bring a ship that’s installed with about 200 MW of generators…to supply Phnom Penh for a few years,” he said.

Hun Sen has previously said that the country has been struggling with a power deficit of up to 400 MW due to drought affecting hydropower plants.

On Monday, EDC issued a press release saying increased investment in the country combined with a reduction in electricity prices in January had also contributed to the power shortage.

An Open Development Cambodia report from 2016 says there were seven operational hydropower plants at the time, with one under construction and 31 others being studied.