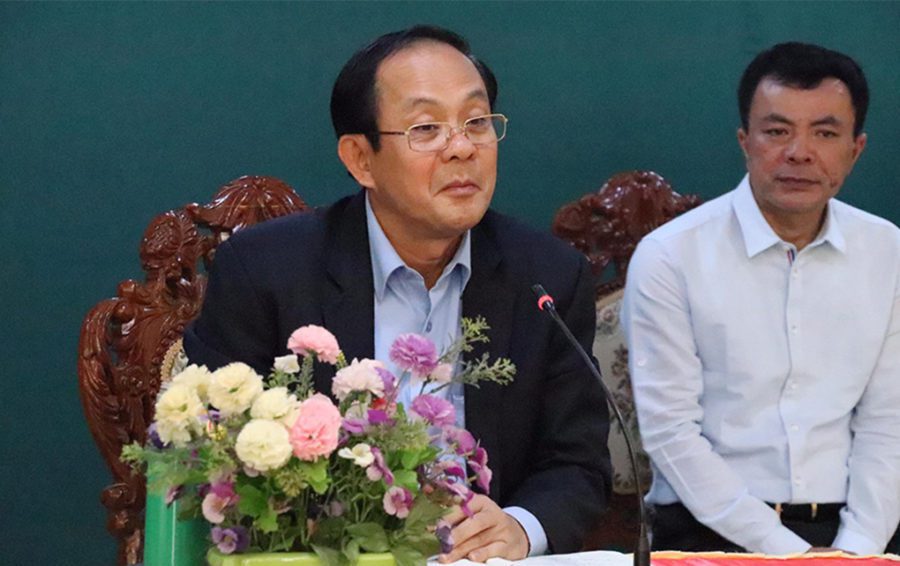 In the wake of Prime Minister Hun Sen’s Khmer New Year pledge to “conduct surgery” to rid the government of graft, Cambodians returning through the Daung border crossing in Battambang’s Kamrieng district have complained of being asked for a 300 baht “fee” (about 38,000 riel or $9.50) to process their passage.

However, the provincial governor denied this and said border officials were only helping to facilitate the passage of people on their way home for the holidays and had not been requesting any special “fees.” He said that any migrant workers who made such claims should be careful about making false allegations.

“It appears there aren’t demands for 300 baht for filling out documents. [Migrant workers] saying things like this really causes an impact,” Ratanak told VOD on Wednesday, theorizing that some people were trying to make the government look bad. “Some individuals have the intent to cause discord — that is possible.”

Ratanak declined to immediately give any further comment and requested time to directly contact officials at the Daung crossing about the accusations. When a VOD reporter made a return call, however, he said he was too busy to comment.

Horm Samkhan, the head of the Daung crossing, also could not be reached.

Dy The Hoya, an official at labor rights group Central, said he personally visited the border crossing and that officials were in fact demanding 300 baht from workers, some of it going to Thai officers and some to the Cambodian side.

“It seems to not be for any service costs; they just take it,” The Hoya said. “They do not say what this price is for. There are no [written] declarations. There is nothing.”

He urged the government’s Anti-Corruption Unit to investigate, saying that it was a particularly galling example of corruption as the officials were exploiting what was meant to be a time of national celebration and rare family get-togethers to gain personal profit.

“This 300 baht has no relation to state services. In short, it’s an extra demand,” he added. “Both the Thai and Cambodian governments should take action on this case quickly if they come to the view that this is corruption.”

It is estimated that more than 1 million Cambodian migrants live and work in Thailand, with most drawn to the country by the comparatively higher wages across booming industries including construction, garments and hospitality.

In February, the Cambodian and Thai governments issued a press release that said the two governments had come to an agreement to allow migrant workers with the appropriate legal working documents to return to Cambodia for the Khmer New Year without any re-entry visa charges in the period from April 5 to 30.

Kheang Seng, the deputy chairman of the Anti-Corruption Unit, declined to comment on the case and requested that a VOD reporter submit inquiries in the form of written letter, or contact the anti-graft unit’s chairman Om Yentieng.

Transparency International’s annual Corruption Perceptions Index last year again found Cambodia to have the worst corruption in Southeast Asia. The group said at the time it believed one of the reasons was that the government was not following through on pledges to carry out anti-graft reforms and implement corruption laws.