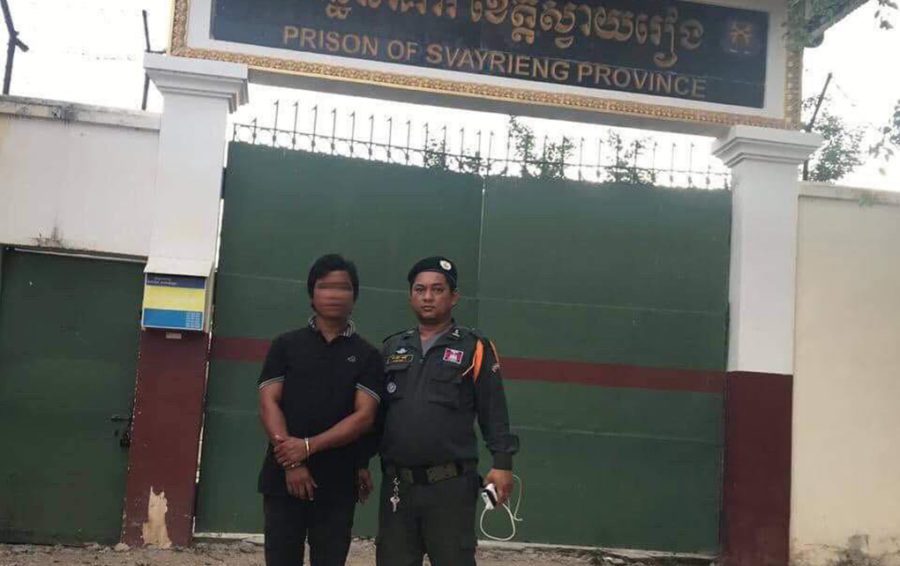 A 32-year-old man in pretrial detention over accusations of insulting the king. Image: Social Media

The Svay Rieng Provincial Court placed a 32-year-old man in pretrial detention on Thursday over accusations of defamation, public insult, incitement to commit a felony and insulting the king.

Kim Panha, 32, living in Bavet City’s Bavet commune, was arrested on Thursday for an alleged crime he committed the day before, according to the court order by Investigating Judge Sovann Chankrisna. The order did not elaborate on Panha’s alleged offense.

Panha may be held up to six months awaiting trial, through the pretrial period can be ultimately extended up to 18 months.

In January, Phnom Penh man Eang Cholsa was sentenced to three years in prison under a new lese majeste law enacted early last year. Cholsa threatened to kill the king in comments he made on Facebook in June.