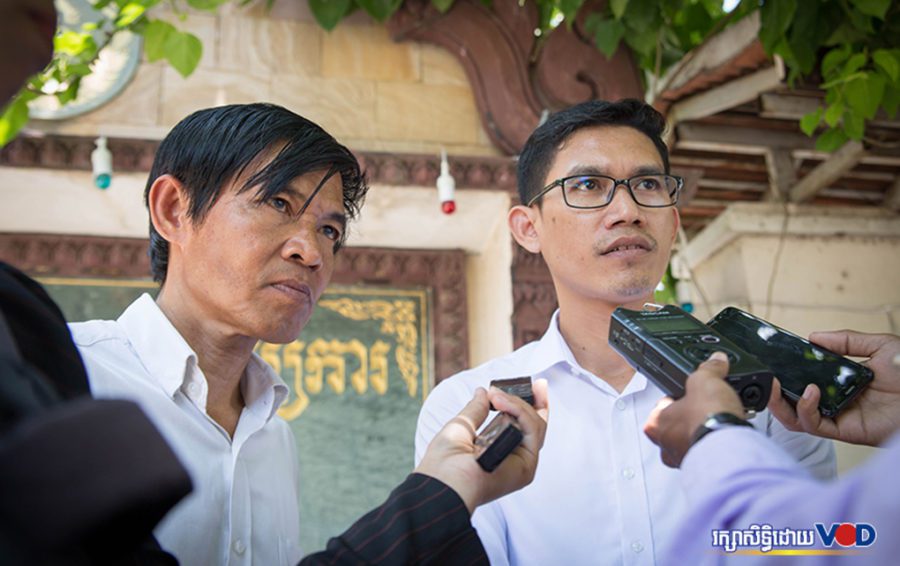 The Phnom Penh Municipal Court has scheduled a July 26 hearing as the first day in the trial of two Radio Free Asia reporters arrested two years ago over accusations of espionage.

In a letter dated July 1, deputy court prosecutor Seng Heang informed defense lawyer Sam Chamroeun of the trial date for Uon Chhin and Yeang Sothearin over the charge of “supplying a foreign state with information prejudicial to national defense.”

The two RFA reporters were arrested in the November 2017 amid a media crackdown that saw dozens of radio stations shuttered and the Cambodia Daily and RFA close their Phnom Penh newsrooms.

Chhin and Sothearin were arrested and their studio equipment confiscated for allegedly continuing to report for RFA. They were imprisoned for more than nine months before being released on bail last year.

Brad Adams, executive director of Human Rights Watch’s Asia division, has criticized the legal action against the pair as politically motivated and harming media freedom in the country.

An open letter issued by 50 journalists last month called for the charge to be dropped.