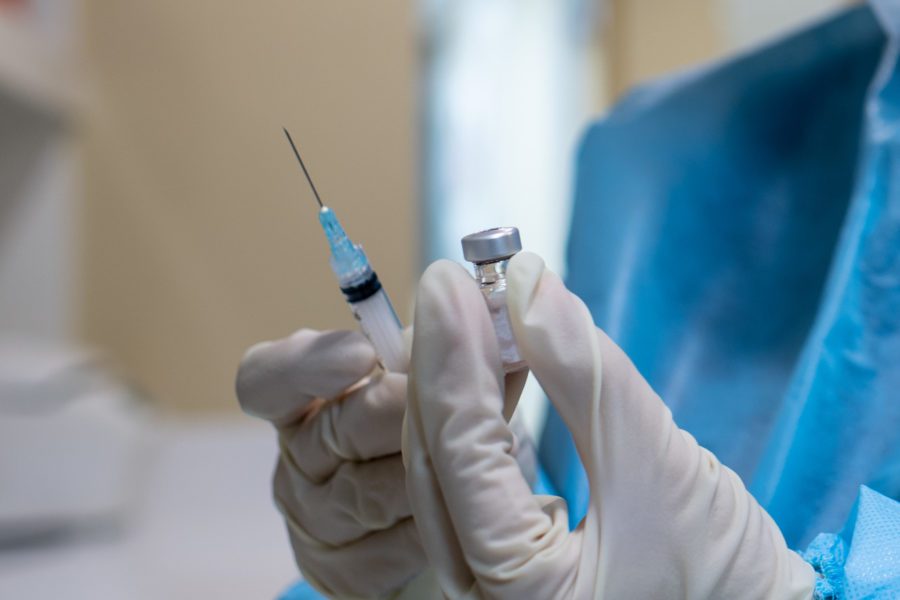 Cambodia has replenished its Covid-19 vaccine stores with 1.5 million doses of China’s Sinovac-produced vaccine, the first vaccine purchased by the government rather than being donated.

The Sinovac vaccine, which is still being evaluated by the World Health Organization for emergency use approval, adds to 600,000 doses of Sinopharm previously donated by China and 324,000 doses of the Oxford-AstraZeneca vaccine obtained as part of the Covax program.

Health Ministry secretary of state Youk Sambath said at a ceremony Friday morning that the Sinovac vaccines had cost $10 a dose for $15 million total. The country expected to buy another 4 million doses of the vaccine, she said.

Sinovac had reported the vaccine’s effectiveness at 70 to 80 percent, Sambath said.

According to the New York Times, Sinovac has yet to publish details of its testing in a medical journal, but one trial in Brazil found 50 percent efficacy and another in Turkey 84 percent.

Sambath did not specify who would receive the vaccine, though she noted that people would need to get a second dose within 14 days of their first.

Finance Ministry secretary of state Vongsey Vissoth said 700,000 more doses of the other Chinese vaccine, Sinopharm, was expected to arrive on March 31.

Sinopharm vaccinations were halted two weeks ago as supplies dwindled. Sinopharm shots have been restricted to people aged 18 to 59, leaving older people to receive the Oxford-AstraZeneca vaccine. AstraZeneca is the only vaccine currently available in Cambodia that has WHO approval.

More doses of the AstraZeneca vaccine would arrive during Khmer New Year on April 12-14, Vissoth said.

He added that the government was also contacting the U.S.’s Johnson & Johnson to buy its Covid-19 vaccines, which have been approved for emergency use by the WHO and require just one dose for inoculation.

“Cambodia has enough ability to buy vaccines, but the issue is whether there are vaccines to buy or not. This is a common issue around the world,” Vissoth said.

The Finance Ministry official was also questioned about the country’s economic outlook amid the ongoing challenges of the pandemic.

“I think if Covid continues [just] this year and next year, we have enough resources to withstand it. [But] if [it continues] beyond that, I couldn’t dare to make a guarantee,” Vissoth said. “This is not just Cambodia alone. It is an issue for the whole world.”

The ministry would wait to see how long the current “February 20” outbreak persists, he said.

The Health Ministry on Friday reported 96 new Covid-19 infections, including 64 cases in Kandal province’s Sampov Puon commune, a border area that has become one of the nation’s virus hotspots. Cambodia also reported the country’s eighth death from Covid-19, a 55-year-old Cambodian man. Two other Covid-19 patients had died during treatment but was not attributed to the virus, bringing total patient deaths to 10.

Ministry spokesperson Or Vandine reiterated the urgency of the current outbreak in an audio message sent to reporters on Friday.

She urged everyone to stay home unless necessary, as the new variant of Covid-19 was actively moving through Phnom Penh and the provinces of Kandal, Preah Sihanouk, Prey Veng, Siem Reap, Svay Rieng and Tbong Khmum.

“We also don’t know to which provinces the virus has spread through travel, the moving of individuals, so [we] need to participate together in cutting off the chain of Covid-19 transmission from one person to another,” Vandine said.