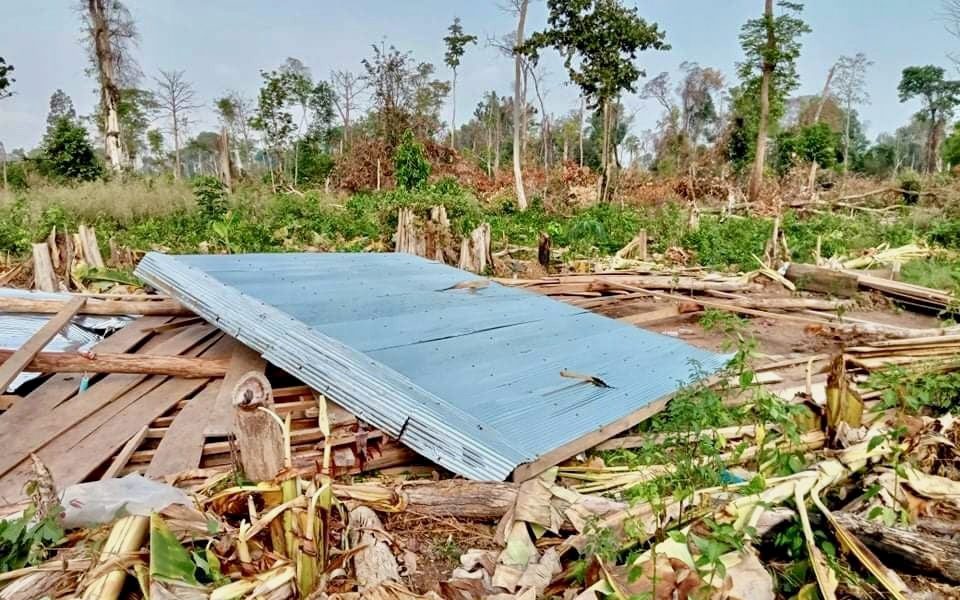 Some 131 families living on an economic land concession in Preah Vihear province’s Kulen district fear forced eviction after authorities cleared half of their homes earlier this year, leaving them in tents on land they say they have occupied for 10 years.

Those 60 families moved into tents on the land, while the remaining 71 fear that their houses are next in line for demolition.

The land, in Srayong and Phnom Tbeng II communes, is a 9,000-hectare economic land concession granted to Seladamex for a rubber plantation in March 2011.

Resident Plu Boun said families have lived on the land since 2012, growing bananas, mangoes, jackfruit, cassava and rice. They never had a problem for 10 years until March, when provincial authorities cleared their land without notice, Boun said.

Another resident, Khlok Lam, said authorities at the time threatened them with arrest if they dared to protest and take photos. Six hectares of his land was destroyed by the machinery, which was accompanied by armed officers, he said. There has been no talk about compensation, he added.

Their petition specifically points the finger at deputy provincial governor Ung Vuthy for leading the action to destroy their farms and homes and threaten them with arrest.

Vuthy declined to comment by phone, saying he would only answer questions in person.

Provincial governor Prak Sovann did not respond to questions.

Seladamex and its directors could not be reached through phone numbers listed with the Commerce Ministry and its website.