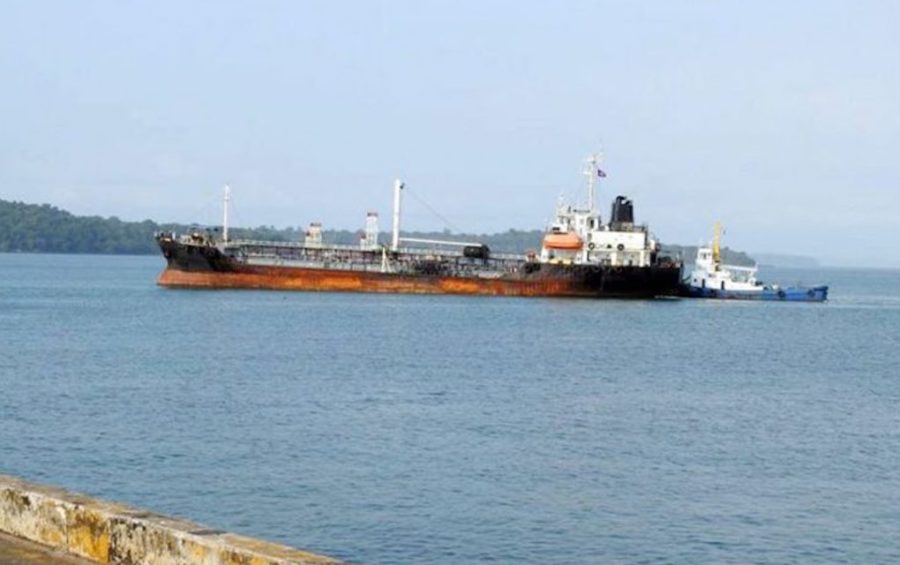 The Preah Sihanouk Provincial Court has charged 16 foreign nationals who were aboard a tanker ship that entered Cambodian waters last week for allegedly smuggling goods and illegally entering Cambodian territory.

The ship, registered as a Cameroon-flagged vessel with the name Courageous, was bearing the Cambodian flag when it entered the nation’s waters, despite the government repealing its “flag of convenience” scheme five years ago, an official said earlier this week.

Cambodian maritime authorities arrested the 16-member crew, including 12 Burmese and four Indonesians, and sent them to court for questioning on Tuesday.

Court spokesman Lim Bunheng told VOD on Wednesday that the 16 men were accused of illegally entering Cambodia’s maritime territory under Article 29 of the Law on Immigration and attempting to smuggle goods within the nation’s waters under Articles 11 and 74 of the Law on Customs.

If convicted, the men face one to 18 months in prison, and fines of between one and three times the amount of customs tax and duty avoided.

The Courageous left Taiwan’s Kaohsiung port on February 15, anchored in Cambodia’s maritime territory on February 26 and was discovered by authorities the following day, according to a National Police statement from Sunday.

The ship’s crew were accused of making a ship-to-ship transfer with a North Korean vessel, in violation of a 2017 U.N. Security Council resolution banning sales and supply of all refined petroleum, natural gas, crude oil and other goods between North Korea and U.N. member states.