428 People Apprehended in a Day for Flouting Covid-19 Restrictions 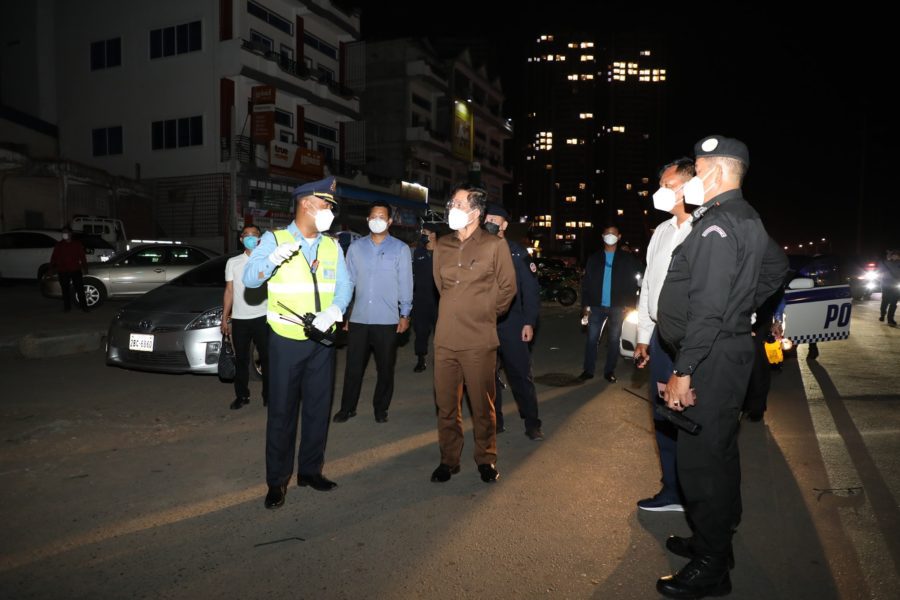 Authorities across the country levied $11,000 in fines and apprehended 428 people in one day for violations of Covid-19 restrictions, while Phnom Penh arrested 51 violators during a week of curfews.

Cambodia closed its borders last week amid a surge of imported Delta cases from Thailand, and pushed for curfews and bans on gatherings over 10 people across the country to prevent the virus’s spread.

In the first week since imposing curfews, Phnom Penh authorities have confiscated 1,452 vehicles, said municipal police spokesperson San Sokseyha. Based on comments he made through this week, 51 total people were arrested as of Friday.

On Thursday night, arrests were made at a Toul Kork restaurant that was flouting the curfew, and its owner and one customer were sent to court, Sokseyha said. Staff were educated about the restrictions in force.

Earlier this week, 22 people were arrested in one night, and 18 of those cases were sent to court, Sokseyha added.

“We’ve noted that the cases are decreasing these few days. People are more understanding and are practicing curfew restrictions well,” he said.

According to a statement issued by a national Covid-19 sub-committee, there were 428 arrests nationwide for violations of restrictions on Thursday, and 14 people’s cases were sent to court. Authorities fined the violators a total of 44 million riel, or about $11,000, it said.

Meanwhile, Kep provincial authorities have issued a notice asking that people cooperate with Covid-19 testing. Testing stations would be set up at markets until August 13, and any vendors at the markets who did not appear would be fined, the notice said.

The warning letter came after dozens of vendors fled Covid-19 testing at a market in Banteay Meanchey province on Monday. Banteay Meanchey is one of eight border provinces targeted for lockdowns.

In Phnom Penh, restrictions on dining in have been lifted, but alcohol sales at eateries are still banned and they must follow curfew restrictions.