49 Thais Repatriated Amid Trafficking Scourge, Police Say They Don’t Ask About Their Work 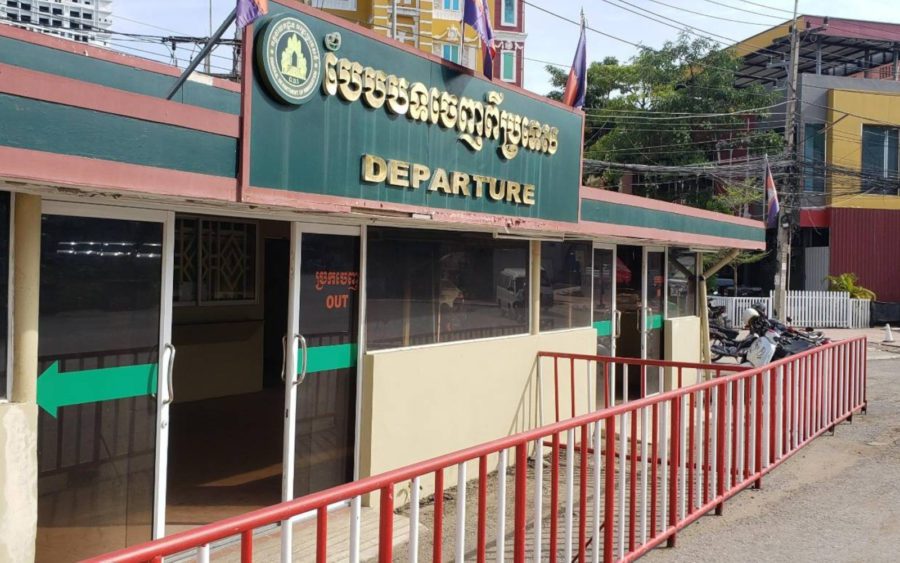 Forty-nine Thai workers were again repatriated this week, following the rescue of hundreds of foreign workers from Cambodian trafficking hubs in recent months. But Banteay Meanchey police chief Sithi Loh said it was usual procedure to “not question what kind of work they do because they are illegal immigrants.”

In late November, 103 Thai nationals were rescued from a Pursat province special economic zone. No arrests were made. Earlier that month, police performed a “handover” of a Chinese victim who later said he was forcibly held at tycoon Try Pheap’s SEZ in the province and made to scam women online. Trafficking victims and local officials said there were thousands of workers at the site, rife with forced labor, detention and unexplained deaths.

On Thursday, Loh would only say that 49 Thai nationals had been sent across the border on Tuesday because they had been in the country illegally.

“These people were from other provinces,” he said. “We, the province, facilitated a procedure to take them to Thailand.”

“In the past we have done this too, when we found that they came to work in Cambodia illegally and we brought them in for questioning,” Loh added. “We do not question what kind of work they do because they are illegal immigrants. When they do not have enough documents we send them away, and we do not go in depth about what they were doing because that is their business.”

He would not say how many workers had been returned to Thailand in 2021, but has been quoted in local newspaper Koh Santepheap as saying there were five such transfers: 67 people on November 15; 103 on November 24; 143 on December 3; 25 on December 21; and 39 people on December 23. That makes a total of 377 workers returned, at least 64 of them women.

The Bangkok Post reported that more than 500 Thai nationals had been rescued in December with around 1,000 others still being forced to work in Cambodia.

Immigration department director Kirth Chantharith declined to comment, while department spokespersons Keo Vanthorn and Ath Bunny could not be reached.

Thai nationals have spoken of being lured to jobs in Cambodia then sold into scam operations. Chinese nationals have borne the brunt of the recent trafficking, as victims as young as 15 have spoken to VOD of being trafficked to the country to compounds afflicted with kidnapping, torture and sexual assault.