About 800 Workers Protest for Reinstatement of Union Representatives 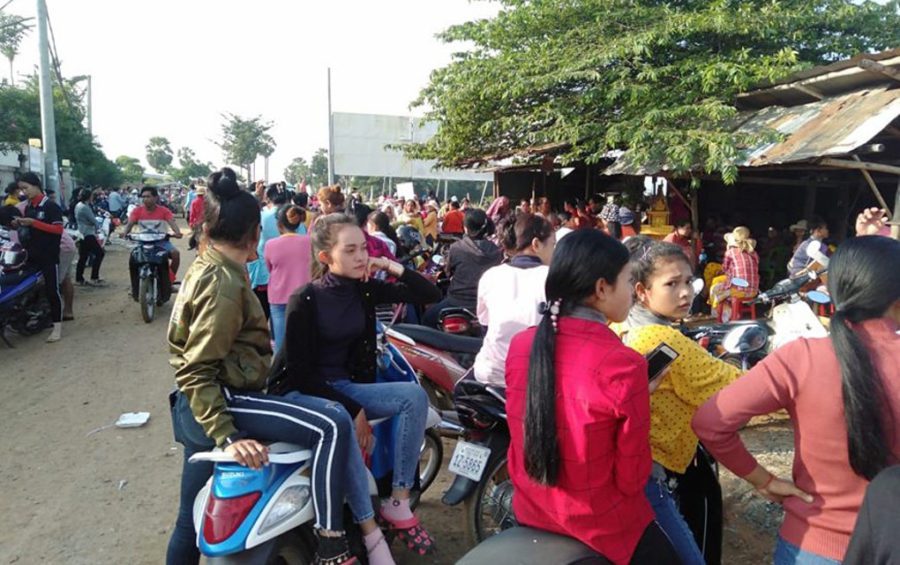 Workers protest outside the Monopia factory on November 14, 2019. (Supplied)

About 800 workers from a factory in Kampong Speu province have protested for two days in a row demanding the reinstatement of their representatives.

One of the protesters, Phay Chantha, said the South Korean owners of Monopia, which produces handbags and wallets, suspended two union representatives on Thursday without giving a clear reason. The representatives had been active in defending the rights and benefits of the workers, she said.

Administrator Sen Chea said the two union representatives had shown “bad behavior” toward their bosses and had gone out for coffee during a shift. They were suspended pending a labor department review of the situation, Chea said.

“During work hours they didn’t do their work,” he said. “And now they’ve flouted the legal procedure and persuaded workers to demonstrate against the factory.”

Oeun Channy, one of the suspended union representatives, denied that they had acted improperly.

“They’re discriminating against the union,” Channy said. “If there are worker representatives and union representatives, workers will have more freedom. So this case is a suppression of freedoms.”

“The factory owners have money so they want to do whatever they wish,” added Channy, a representative of the Federation Union of Free and Independent.

Pat Song, head of inspections at the provincial labor department, said the department had received letters requesting intervention from both sides at the Samraong Tong district factory, and had scheduled a mediation for Saturday.

According to the Garment Manufacturers Association in Cambodia, Monopia registered with the association in November 2016 and employs 796 workers.