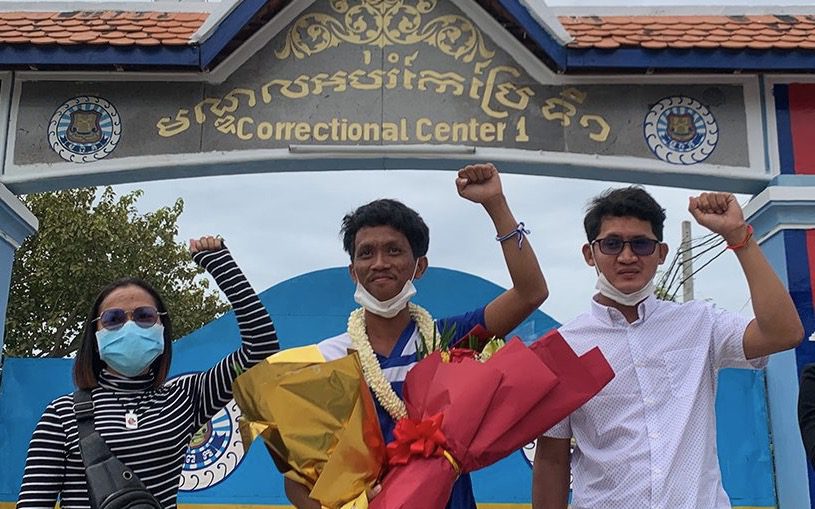 Another social activist was released from prison around 11 a.m. after serving 14 months in jail.

The Phnom Penh Municipal Court on October 26 sentenced Muong Sopheak, a member of the Khmer Student Intelligent League Association, for incitement alongside several other activists from KSILA, Khmer Thavrak and the outlawed opposition CNRP. The activists were arrested last year after protesting in support of jailed unionist Rong Chhun.

Sopheak is the seventh activist to be released since Friday. An opposition activist’s 16-year-old son, jailed for incitement and insult, was also released yesterday. However, around 80 political prisoners are estimated to remain in the country’s prisons.

The small wave of releases comes amid heavy criticism from international observers. U.N. experts last week said the activists’ convictions showed the courts were being “weaponised” to silence dissent. “We are extremely troubled by the verdicts, which again reaffirm the methodical and systematic erosion of civic and political space in Cambodia,” they said.

After his release from prison, Sopheak said he wanted to continue his social activism without being deterred by the fear of arrest, a similar sentiment expressed by several of the activists released over the past week.

He said, “I am still determined that I will continue my work.”