Activists Vow to Continue the Legacy of Gunned Down Environmentalist 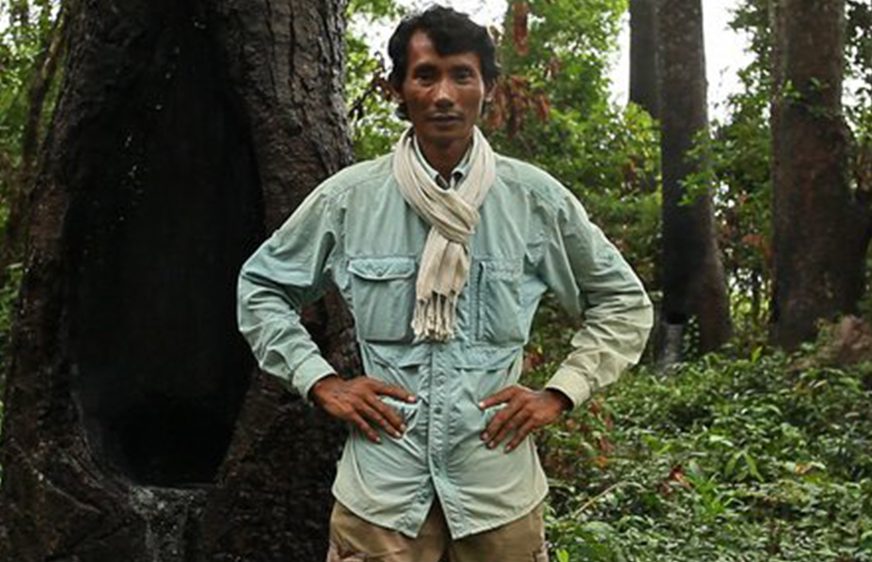 Chut Wutty, forest activist and founder of the Natural Resource Protection Group, in a photo provided by Global Witness.

Nine years to the day after environmentalist Chut Wutty was shot dead while investigating illegal logging in Koh Kong province, activists vowed to continue his work and keep watch over the country’s dwindling forests.

Wutty, who was one of Cambodia’s leading voices against deforestation, was shot dead on April 26, 2012. According to official accounts, Wutty was killed by a military police officer who was trying to confiscate memory cards containing photographs.

On Monday, environmentalist Heng Sros, who was arrested in February while investigating deforestation in the Prey Lang Wildlife Sanctuary, said he was determined to carry on Wutty’s work.

“We, too, are collecting evidence to submit to the Royal Government in order to shut down logging companies in Cambodia.”

In an open letter, the Cambodian Youth Network also said it was inspired by Wutty’s work to protect the forests despite constant threats and harassment from “criminals.”

The next generation will continue his work, the group said.

Heng Kimhong, CYN’s head of research and advocacy, added that activists would not be deterred by intimidation.

“We are not worried [about the actions] of any group that wants to restrict our freedoms. We only take the law as our grounds and we follow the law. Restrictions, persecution against those who love and protect the forests will become the responsibility of those groups, and they are also responsible before the law. We must all continue and in line with the law,” Kimhong said.

Environment Ministry spokesperson Neth Pheaktra could not be reached for comment.
Deforestation accelerated in the country’s protected areas last year, satellite research has shown, as authorities banned community patrols of those forests.