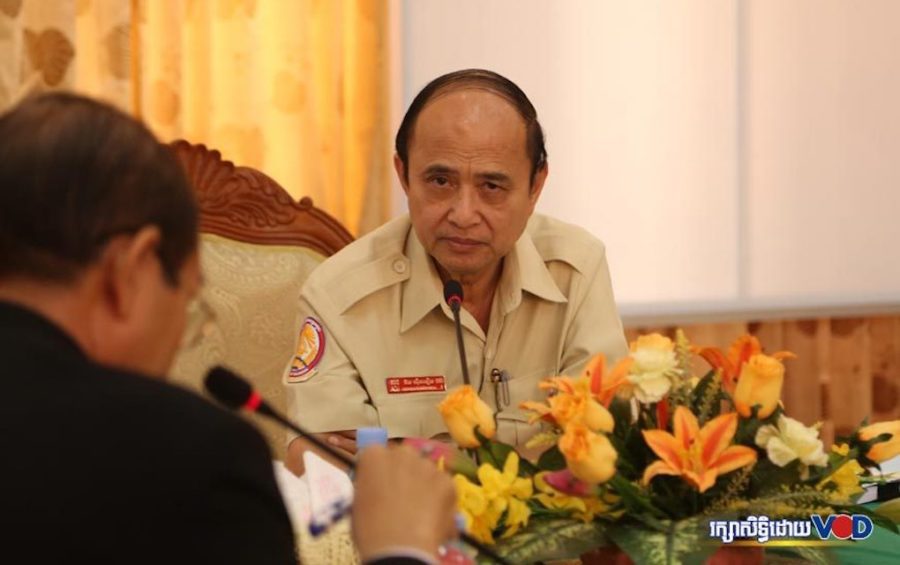 Om Yentieng, head of the Anti-Corruption Unit, speaks at a meeting (Touch Sokha)

The Anti-Corruption Unit has demanded a provincial foreign labor inspector to explain why he allegedly accepted $20,000 in fines from a Sihanoukville casino when the venue appeared to owe less than half that amount, according to a letter seen by VOD on Tuesday.

The ACU said that while the inspection office fines totaled $8,805 — including fines of $125 for each of the 57 foreigners working at the venue without work permits, and $1,680 in additional fines because the owner failed to follow foreign employee hiring and reporting regulations — Laly allegedly accepted $20,000 from Sheng Cheng representatives.

Inspection officers led by Laly visited the casino on August 12 to investigate whether immigration and labor laws were being enforced, the letter says.

The ACU said it was investigating after it received a complaint about Lay’s inspection visit.

Neither Laly nor ACU head Om Yentieng could be reached for comment.

Keo Vannthan, spokesman for the Interior Ministry’s immigration department, said he had not received information about the case, but if Laly was found guilty, he would be punished in accordance with National Police disciplinary rules.

The Phnom Penh Municipal Court charged the three officials with misappropriation of public funds, abuse of power and money laundering later that month.