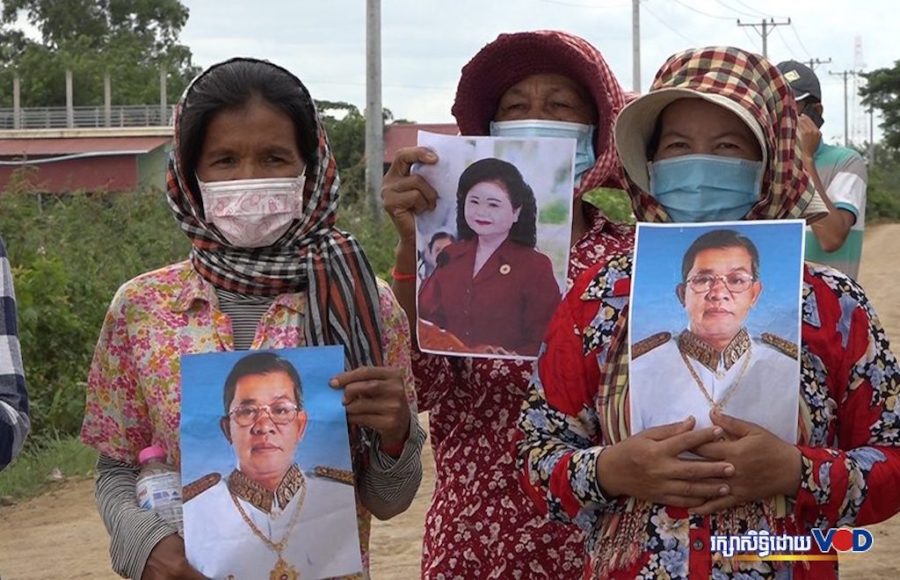 More than 100 villagers have planned to block the entrance to the Kandal province construction site of Phnom Penh’s new international airport, as they hold out to be compensated at market prices while the governor threatens legal action.

They gathered again on Thursday, saying the bulldozers had cleared 1.5 hectares of villagers’ farmland.

Un Soeun, 69, said she had been blocked from farming her 0.3 hectares, and was facing financial difficulties.

“The state needs this land to develop the airport, so as a solution they must address the impact,” Soeun said.

Korng Khorn, 71, said people were not opposed to a development, but wanted compensation to reflect market prices.

In the past, villagers have pointed out the gulf between the $80 to $120 per square meter they say the land is going for now, and the government’s offer of $8 per square meter. Authorities have said the $8 price was set before the airport development was announced.

Lonh Vanna, 38, a resident of Boeng Khyang commune with 0.8 hectares, said the villagers would protest again on Sunday, and then next week block the road entrance to the airport construction site.

“So, please, the company, come forward to address the impact on the rice, and please, Samdech Hun Sen, help find a solution for the impact,” Vanna said, adding that many of the villagers had land titles.

Roadblocks by other Kandal protesters have caught the attention of authorities and the public over the past two weeks. On Sunday last week, protesters blocked National Road 1 over a land dispute, saying “only this way can break through” to officials. Later that week on Thursday, protesters blocked National Road 51 after a villager was shot confronting soldiers who were trying to reclaim state land that residents had farmed for decades.

Kandal Provincial governor Kong Sophorn urged the airport residents not to march or block roads as it would affect public order and be met with legal action.

Sophorn said the villagers still had two options: Receive $8 per square meter, or exchange their plots for land elsewhere.

“If people block the road, the people will have made a mistake. And you will be wrong,” Sophorn said. “We will only take legal action because the country has laws. They protested, we comforted them, told them the reasons, and [offered to] exchange the land. … If they still do not agree, wait and talk more.”

Vann Sophat, project coordinator at the Cambodian Center for Human Rights, said providing adequate compensation was an obligation under national and international law. Those in charge of the project should address the impacts on people, or there will be dissatisfaction and protest, Sophat said.