Analysis: Observers Expect Political Quagmire to Drag On in 2020 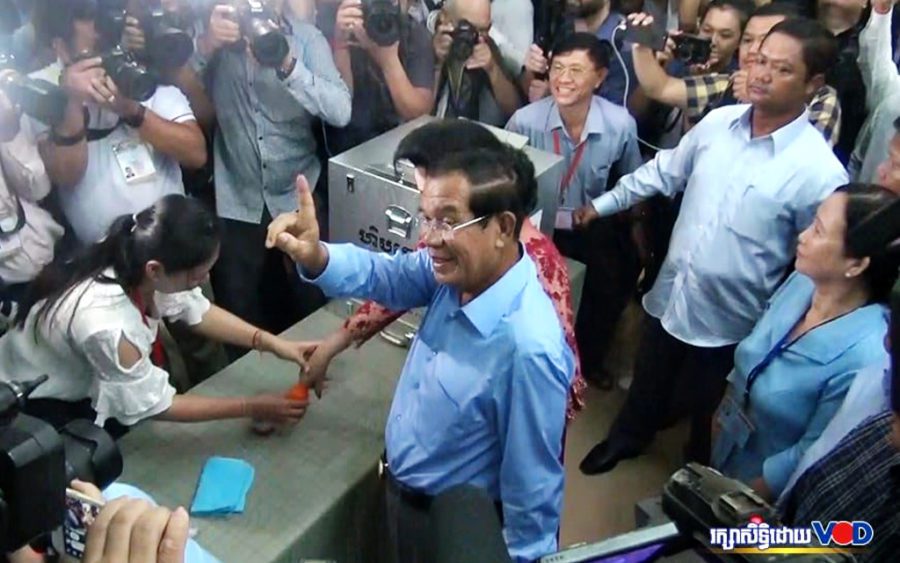 Sok Touch, an outspoken academic, says fixing the country’s politics is easy: The E.U. should just back off from its threat to ax Cambodia’s access to duty-free trade with the European bloc.

Everything would then “return to the original situation; there will be no pressure. I believe we will be united internally again” as a country, with the ruling party and opposition working together, he said.

His view was not shared by other political observers interviewed by VOD. For most — and also for Touch, if the E.U. goes ahead with withdrawing trade preferences — what lies ahead for Cambodian politics in 2020 is a prolonging of the political quagmire that has dragged down the country since approximately 2017. Things could eventually improve, but there is no quick fix, they said.

Touch, who researches border issues as director of the state-run Royal Academy, has frequently deviated from the views of other analysts, including in 2017 when he called Kem Sokha’s opposition CNRP “dangerous,” and said that “the government must stop them” — echoing ruling-party propaganda at the time that labeled the CNRP a nexus of color revolutionary intent.

Around that time, Sokha was arrested for treason for allegedly working with the U.S. to topple the government. The CNRP was dissolved two months after his arrest, leading to a landslide ruling-party win in the 2018 national election. The ruling CPP won all 125 seats in the National Assembly without a viable challenger.

The U.S. and E.U. called the election neither free nor fair and has appealed to the government, with mounting urgency, to restore the political opposition and free Sokha. In February last year, the E.U. embarked on a process to consider suspending its “Everything But Arms” duty-free trade scheme with Cambodia, with its final decision due next month.

And last month, after more than two years and amid rising international pressure, Sokha’s trial date was finally set: January 15, 2020.

But the political calculus for the ruling party remains the same, observers said. Meas Nee, a political analyst, said the CPP had suppressed the political opposition out of fear of being ousted in a national vote. In the local-level commune elections of 2017, the CNRP won 5,007 out of 11,572 seats across the country, a surge of more than 2,000 seats from the previous local election in 2012.

The structural shift meant the CPP could not comfortably reinstate the opposition, no matter the international pressure, he said.

Most likely, the political situation would drag on uncomfortably until the next election cycle of 2022 and 2023, when it could come to a head, he said.

Kim Sok, another political analyst, who is living in exile overseas, agreed that the root of the tension was not going away — Prime Minister Hun Sen would keep holding onto power, he said.

“2020 will still face restrictions, meaning that Hun Sen will still tighten up the situation in his hand, and things will not easily return to democracy,” Sok said.

He added that members of the public would be the ones to suffer.

The ruling party has refused to yield to the international pressure, saying it is foreign interference in the country’s domestic affairs, and that Cambodia will not give up its sovereignty.

Sovannara said the CPP’s obstinacy was also tarnishing the country’s reputation, which would be difficult to restore.

“The strategy being used by the E.U. has been done for a long time ago, since during the Cold War. They came out on top then, and they’re using that now,” Sovannara said. “The U.S. and Europe have used this strategy; they are a strong alliance that has come out on top against some dictatorial regimes.”

However, it was hard to see the government veering from its rhetoric that attacks on Sokha and the CNRP were merely the justice system following sound legal procedures, he said.

The key was to begin the process to put an end to the lack of accountability and transparency in politics, and to remove the notion that the opposition and critics were the enemy, he said.

“Remember that in the 1980s, there was absolutely no democracy too. So things can change. Things will change.”