Analysis: Why Does the US Care About Kem Sokha? 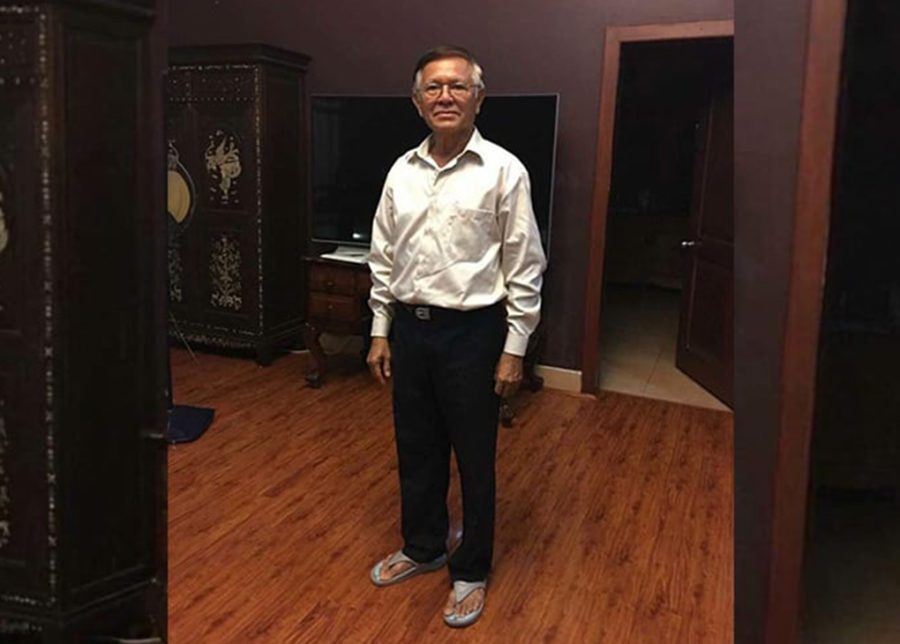 Political tensions are threatening Cambodia’s duty-free access to the E.U. and U.S. markets. Driving the tensions is the E.U. and U.S.’s insistence on Cambodia restoring the appearances of democracy, including the release of former opposition leader Kem Sokha from house arrest.

Last week, the U.S. Embassy in Phnom Penh again appealed to the Cambodian government to take concrete measures to “restore democracy” and drop charges against Sokha and other political prisoners.

Sokha was arrested on September 3, 2017 in a midnight raid on his home in the capital’s Tuol Kok district. At the time, he still had immunity as an opposition lawmaker.

Sokha was first jailed in Trapaing Phlong Prison near the Vietnamese border in Tbong Khmum province. About a year later he was released from the prison but placed under house arrest. As of next month, Sokha will have been in detention for two years.

In a Facebook message posted on July 30, the U.S. said Cambodia’s national election last year was “deeply flawed” and failed to reflect the will of the Cambodian people.

The exclusion of the main opposition party in the election was a setback for the country’s democracy, it said — a message the U.S. has repeatedly espoused since the CNRP’s dissolution on November 16, 2017.

Meanwhile, the E.U. has taken a similar stance, beginning a process in February to suspend Cambodia’s access to the duty-free Everything But Arms trade scheme.

Cambodia’s ruling party has so far refused to give in to the E.U. and U.S. demands, basking in the support of its powerful neighbor China.

The first was trying to maintain geopolitical balance by countering China’s growing influence in the country and region, Sok said.

The second was the U.S.’s ongoing ties to the Paris Peace Agreements, under which democracy was restored to Cambodia in 1991, he said.

Sok added that he was worried Cambodia could become a testing ground for new Chinese weaponry if it continued its path of alienating the U.S. and favoring China.

“Hun Sen’s clique and [government spokesman] Phay Siphan already openly declared that they had reached that stage by calling U.S. diplomatic officers ‘wild’ — which is like throwing Cambodia into the fire of modern weapons,” he said.

The arrest of Sokha, the dissolution of the CNRP and the shuttering of independent media outlets since 2017 has led to threats of sanctions from the U.S. and E.U. Sok said he was concerned that if these threats from the Western countries were fulfilled, they would affect the wealth of millions of people as well as the tycoons close to the prime minister.

Political analyst Em Sovannara said the fact that the U.S. still insisted on Cambodia restoring democracy and releasing Sokha was a sign the U.S. felt duty-bound to the Paris Peace Accords. It also sent a message that the U.S. did not want Cambodia to fall solely under the influence of China, he added.

Cambodia should heed the warnings or risk the U.S. following through on its threats of sanctions — which could merely be the first among many to come, he said.

“It’s a mechanism to remind our government to stand in the spirit that the West wanted. And if not, it will face further actions,” Sovannara said. “I think this is the first action and not the last.”

Hun Sen’s government has repeatedly argued that actions against the opposition party, including the arrest of Sokha, were legal actions to strengthen the rule of law and uphold the democratic process. Moreover, at a press conference last week, Siphan, the government spokesman, attacked the U.S. for saying that the national election was deeply flawed.

Analyst Ly Srey Sros said the U.S. considered itself a leader for democracy, and the Cambodian Constitution stipulated that the country was a multiparty democracy and that power belonged to the people.

The U.S.’s use of both soft power — such as Facebook posts — and harder measures like the threat of sanctions derived from these two principles, Srey Sros said.

“The opposition party is meant to be able to contest equally, so if it is held back or dissolved, it can be said that the electoral system is not transparent,” she said. “It is not a free and fair election. I think these are the issues that the United States is always commenting on.”

Cambodia could not be considered democratic when the leader of an opposition party with a similar level of support to the ruling party was unjustly detained, Ear said.

In the local commune elections earlier in 2017, the CNRP garnered 3 million votes, or nearly half the total.