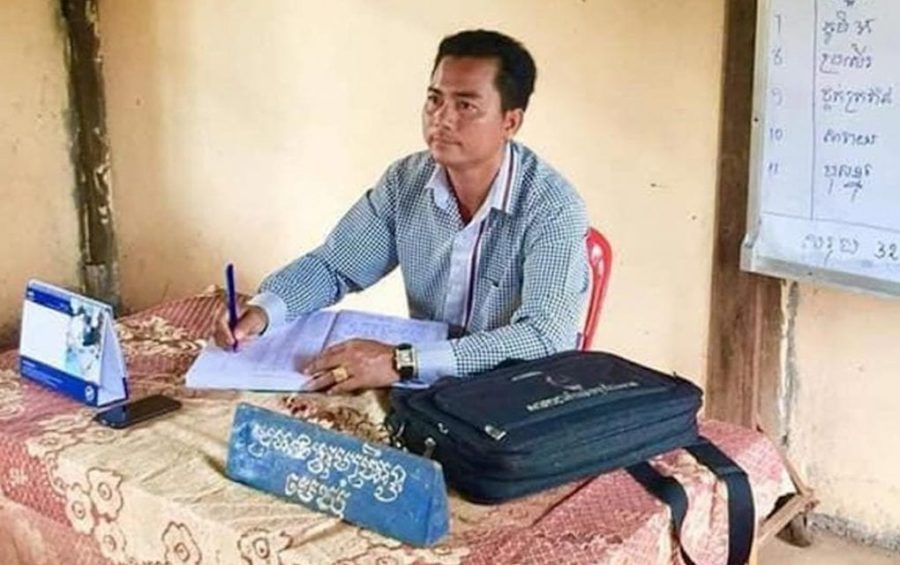 A former CNRP commune chief in Kampong Cham province was apprehended on Thursday, according to his wife, at least the fourth arrest of an ex-opposition party member this week.

Authorities in recent weeks have stepped up arrests in line with Hun Sen’s “see one, beat one” policy against opposition gatherings since former Cambodia National Rescue Party (CNRP) leader Sam Rainsy announced he would attempt a return to the country on November 9.

Khan Sokunthea, the wife of Hun Sokong, told VOD on Friday that her husband was arrested on Thursday while working as a motorbike taxi driver in Banteay Meanchey province’s Poipet City. He had moved there after the CNRP was dissolved in November 2017 because he felt pressure from local authorities, she said.

Sokong was sent back to Kampong Cham, but she had not been allowed to meet him, she said.

“My husband didn’t do anything wrong — he just worked as a motodop driver. It is so unjust,” she said.

Kampong Cham provincial police chief Em Kosal declined to comment, saying he was in a meeting with the provincial prosecutor, while provincial court spokesman Huot Vuthy said he had received no information about the arrest.

Vuthy, however, said the court had last month issued a summons to question Sokong in mid-September.

Two others were also summoned by the Kampong Cham court alongside Sokong over accusations of incitement to commit a felony.

Roath told VOD that he and Sivong had escaped abroad after hearing that they were being sought by authorities.

The court had issued the summonses after all three met Rainsy in Malaysia on August 15, Roath said.

“I returned on August 18, 2019, and on the evening of August 19, I got information that the police were investigating our names, and I escaped on August 19,” Roath said.

Am Sam Ath, monitoring manager for rights group Licadho, said the recent wave of arrests against former CNRP members appeared to be a threat against activists hoping to gather to welcome Rainsy’s promised return on November 9.

Rainsy has been living in exile in France since 2015 due to a series of court actions against him, which he says are politically motivated.

“All people have the right to participate in political life,” Sam Ath said.

The CNRP was dissolved by Supreme Court order in November 2017, eight months before a national election, following a complaint from the Interior Ministry.

According to Licadho, 156 ex-CNRP members have been questioned by police or the courts and 19 arrested this year as of August 22.

Three ex-CNRP members were charged in Kampong Thom on Wednesday over a tapped phone conversation and Facebook posts in support of Rainsy’s return.