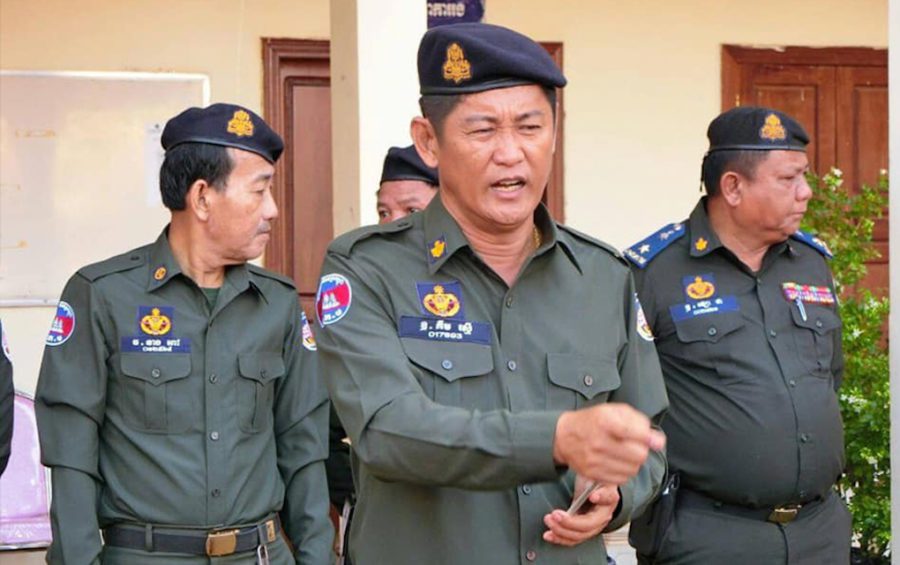 Members of watchdog groups were left puzzled by the governmental Anti-Corruption Unit’s conclusions that a general’s public gifts of $100,000 checks to each of his five children were a mere show without the money to back it up.

Kim Raksmey was removed from his post as the provincial military police commander in Ratanakkiri province after videos surfaced of him bestowing the gifts to children during his birthday party in February.

As questions swirled around the source of Raksmey’s money, the Anti-Corruption Unit announced an investigation into the case, and said on Friday that six investigative teams could find no wrongdoing.

“The checks were not backed by money. He was just showing off.”

Representatives of watchdog groups, however, said they found the ACU’s account of event hard to understand.

“If he did not have money in his bank account, did not have the money to share to his children, but instead publicly announced about giving money, giving checks … then the parents told their children a lie at a big party.”

San Chey, country director of the Affiliated Network for Social Accountability in East Asia and the Pacific, also called the account “a strange thing.”

Nevertheless, the removal of Raksmey from his post, Chey said, may be a manifestation of Prime Minister Hun Sen’s orders for public officials to undergo the fifth step in cleaning up their act: surgery.

Hun Sen’s previous four steps have been to look in the mirror, take a bath, clean one’s body and receive treatment.

“The showing off of wealth was met with the government’s fifth approach,” Chey said.

“Kim Raksmey is a former Ratanakkiri province military police commander who was removed from his position, so he is an ordinary person and I am not his spokesperson anymore,” Hy said.

Yentieng on Friday also gave the results of the ACU’s investigation into a similar case against Kandal province’s deputy police chief, Sreng Sokha, who also flaunted gifts of $100,000, a diamond ring and $220,000 Lexus to his future wife at an engagement party. Yentieng said investigators also failed to find any evidence of corruption behind Sokha’s apparent wealth.