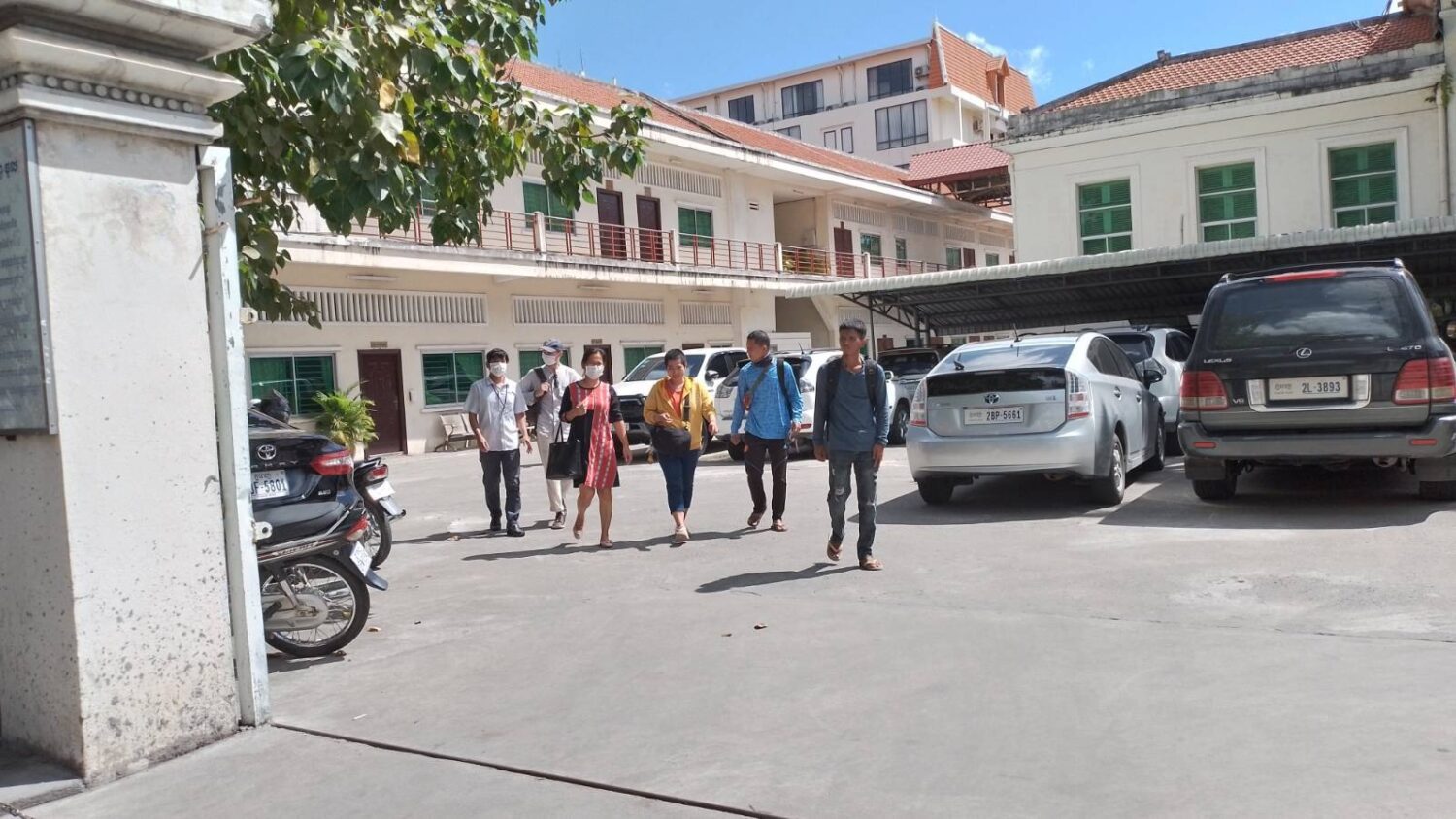 The Appeal Court upheld the conviction of nine people from two activist groups and the disbanded CNRP, who were convicted for incitement for their participation in protests following the arrest of prominent unionist Rong Chhun.

Protests broke out in Phnom Penh after the July 2020 arrest of Chhun, who had said Cambodia was losing land to Vietnam in Tbong Khmum, a racially charged and contentious issue. Activists and former CNRP officials were arrested during these protests in August and September.

Seven activists — from Khmer Thavrak and Khmer Student Intelligent League Association — were convicted and sentenced to 20 months in prison in October 2021, with five or six months suspended, allowing for their release in November 2021. Two CNRP activists — Chhuo Pheng and Chum Puthy — were also handed 20 month sentences, suspended to 15 months.

At an Appeal Court hearing on July 29, the activists questioned their arrests in August 2020, saying not all were present at protests over the four days in question and that one person had not joined at all.

Presiding judge Nguon Ratana ruled on Monday afternoon that all nine convictions had been upheld and did not provide any legal reasoning.

The seven activists are Hun Vannak, Chhoeun Daravy, Koeut Saray, Tha Lavy and Eng Malai from Khmer Thavrak; and Mean Prum Mony and Muong Sopheak from Khmer Student Intelligent League Association. The seven are also under probation for two years requiring them to alert the court if they move, change jobs or want to leave the country, among other conditions.

Daravy, one of the Khmer Thavrak activists, said she expected the verdict and would continue to file an appeal at the Supreme Court.

“What I have done is to show that we shouldn’t adapt ourselves to injustices and not dare to find justice for ourselves when we are suffering,” she said.

Malai, another activist from the group, said the continuing appeals process was a waste of time and distracting her from studies and taking care of her parents.

A third former CNRP activist, Kong Sam An, was also convicted alongside the nine people but was not part of the appeals process. Four senior officials living overseas were also convicted last October.