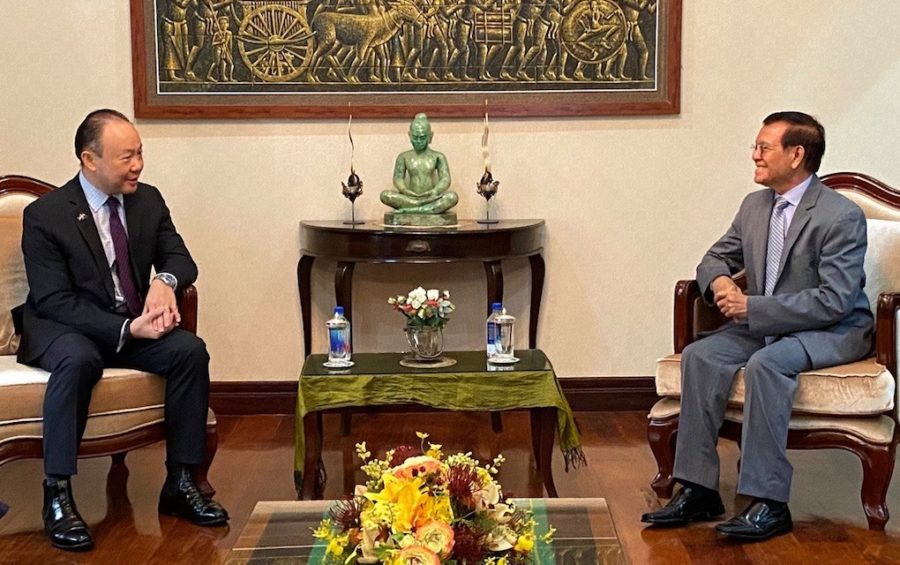 The Appeal Court has upheld a lower court’s decision to accept new evidence from the prosecution in Kem Sokha’s stalled treason trial, although a lawyer for the opposition leader on Thursday expressed doubt that the evidence would incriminate him.

Presiding Judge Seng Sivutha on Wednesday agreed with the Phnom Penh Municipal Court’s decision from March to allow the submission of additional evidence, finding the action was in line with the law, according to Appeal Court spokesman Touch Tharith.

Sokha, president of the outlawed opposition CNRP, has been on trial since January for allegedly conspiring with a foreign power to overthrow the government, a charge which he denies. He faces up to 30 years in prison if convicted.

Defense lawyers filed an appeal in late March questioning why prosecutors would need to submit new evidence at this stage in the trial — more than two years since Sokha’s 2017 arrest.

Trial proceedings have been postponed for two months following requests from defense and government lawyers to put off hearings while the Covid-19 pandemic continues.

The prosecutors’ evidence consists of seven video clips with transcripts that were first submitted in late February and include a segment from U.S.-funded news outlet Voice of America (VOA) about the formation of the CNRP in 2012 and a video from the post-election Veng Sreng Boulevard labor protests in 2013.

Speaking outside the Appeal Court after Wednesday’s hearing, Meng Sopheary, one of Sokha’s lawyers, told reporters that the Appeal Court upheld the lower court’s decision, with a judge stating that prosecutors, as parties of the trial, can submit evidence freely.

However, according to the defense team’s legal interpretation, Sopheary said that prosecutors are not to be considered parties to the case and therefore should not be allowed to submit new evidence during the trial.

Reached by phone on Thursday, Sopheary said defense lawyers were disappointed by the court’s decision and had not yet decided if they would appeal.

Sopheary said she did not think the permissible evidence would incriminate Sokha, but the defense team was concerned that the court’s decision could allow prosecutors to submit additional evidence during trial periods in other cases, rendering the judicial investigation period less important and diminishing the requirement of sufficient evidence to bring a case to trial.

In Sokha’s case, the prosecutor had issued a closing order to end the investigation period and sent the case to trial, she said. This occurs after enough evidence is established to reasonably incriminate the accused.

Thus, Sopheary said, “I questioned whether the previous evidence is not enough or what. If it is not enough, why has the case been sent to trial?”

The attorney said Sokha was not present in court during the appeal hearing on Wednesday, as he was meeting with several foreign ambassadors at his Phnom Penh home this week.

According to Sokha’s Facebook page, the politician met with the ambassadors of Germany, the E.U., France and Australia, less than a week after the E.U. listed Cambodia as a “high-risk” country with deficient anti-money laundering and counter-terrorism financing regimes.

Sokha also met with Prime Minister Hun Sen last week during a funeral ceremony for the premier’s mother-in-law, as seen in photos that were widely reported on and circulated on social media.