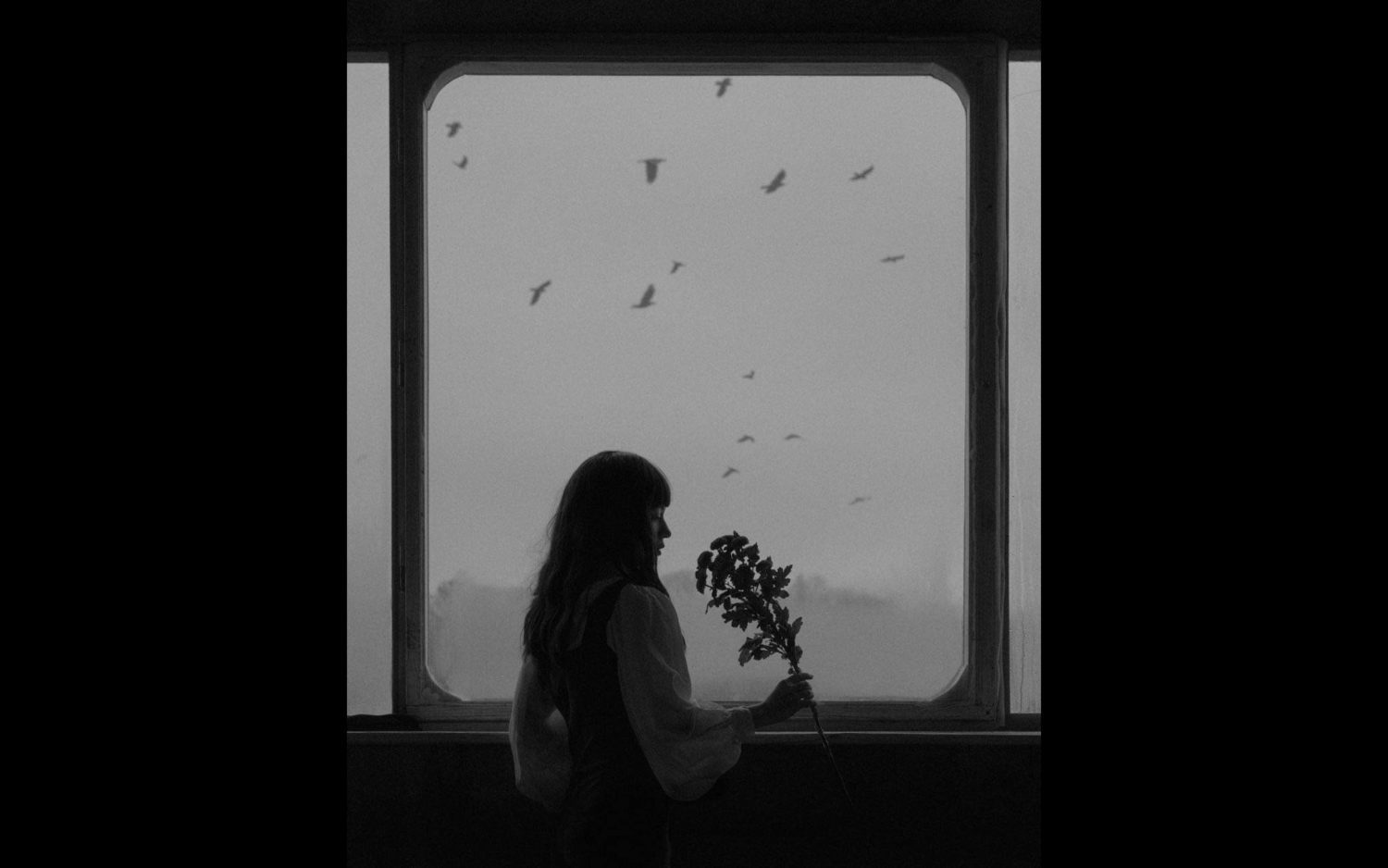 Vitalik Denys says he was moved to see an art auction being organized in Cambodia to support his country.

Speaking from Lviv, Ukraine on Thursday, Denys said everything was difficult in the country right now, but seeing support from around the world gave him energy and motivation.

From 6-8 p.m. tonight at the Ikigai Arts Center on Street 240, 25 pieces of art will be put on auction to raise funds for humanitarian aid. The works are a mix of paintings, illustrations and photographs, donated by 21 artists.

Among the artists are Cambodians and expats as well as Denys — who said he found about the event through a Cambodian friend, and sent a black-and-white image that has been printed on Matte-Litho paper.

Though he is in western Ukraine — the most intense fighting is in the east — even his city has heard air raid sirens as many as six times a day, and residents were forced to evacuate into bunkers, Denys said.

“It’s war right now and we’re struggling for our freedom,” he said. “It’s a cruel and rough war, one side against another side.”

Some women and children have been able to escape the country, but that was not an option for most men, he said, adding that for artists there was currently no work.

“It affects me in all ways. … It’s really hard,” Denys said. “We’re born free but sometimes we need to fight for it.”

When he saw the Ikigai Arts Center in Phnom Penh organizing an art auction for Ukraine, he felt he needed to participate.

“Cambodian people organized this initiative. It’s really touching for me because no matter how far you are, you are connected with us. Even though you don’t know us, you don’t know who we are or our culture, we are the same because we are a human being, and a human being is something worth fighting for.”

He said he felt strength and motivation from seeing the support from a faraway country.

“You’re giving us energy and motivation also, because support really matters,” he said. “We actually believe in Ukraine that this is not the fight of Ukraine, not only. We believe that we are representing all of humanity, those who love, who want to live under a free sky, who want to love, who want to create. Because when someone takes those rights and everything from you, you’re nothing.”

A Cambodian artist participating in the auction, Chheang Rena, said that even though she did not personally know anyone in Ukraine, she was moved to help when contacted by event organizers.

“I think it’s just sad to see their country is getting destroyed for false propaganda,” Rena said. “Cambodia also went through something like this and other countries did not help in time and when they did, we had already lost 3 million people.”

She has donated a piece, “Royal Palace,” an acrylic painting of the traditional Cambodian architecture on a dark blue background.