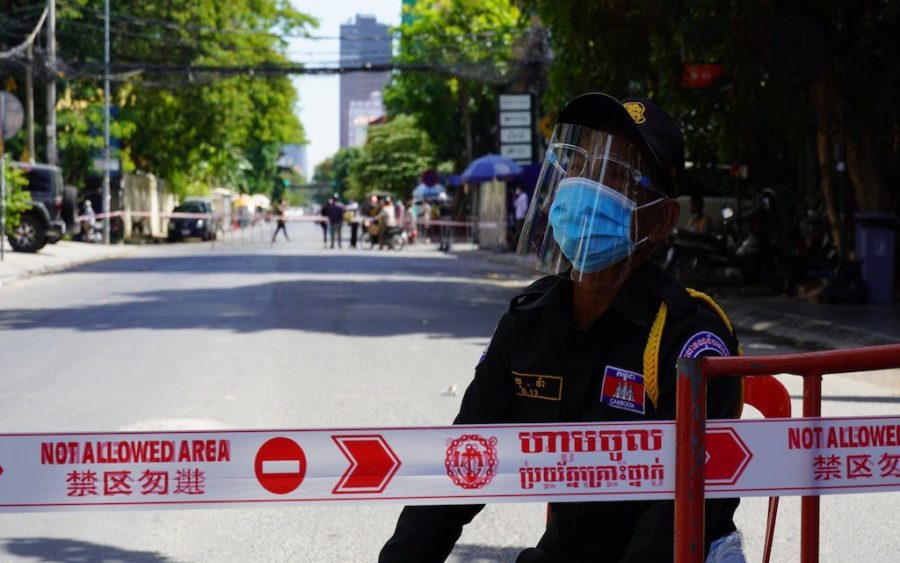 Covid-19 is spreading across the country’s provinces as daily cases and deaths both hit record highs on Wednesday, as a governmental committee considers the situation to have reached a “red line,” a spokesperson said.

The Health Ministry announced 1,130 cases and 27 deaths on Wednesday, both of which are the highest daily totals yet seen, while an analysis of cases being announced on provincial administration Facebook pages over the past two weeks show several areas seeing a rise.

Phnom Penh and the provinces of Kampong Speu, Kandal, Preah Sihanouk, Pursat, Svay Rieng and Takeo — which were previously hardest-hit by Covid-19 — are continuing to not disclose their case counts.

The remaining 18 provinces, however, have each seen between 44 and 985 Covid-19 cases over two weeks, including rapid test results.

Koh Kong saw the highest number of cases announced during the two-week period, from June 16 to 29, while Battambang, Kampot, Oddar Meanchey, Siem Reap and Stung Treng all show noticeable increases.

Government spokesperson Phay Siphan, who is also a member of an umbrella Covid-19 committee, said a lower operations committee had determined the rise in cases had reached a “red line.”

“They are discussing, and they are balancing about a lockdown with strengthening commerce and the economy,” Siphan said.

The main measure for the government remained vaccinations, he emphasized. Areas seeing a surge in infections would be targeted for vaccines, he said.

“People should continue to follow health precautions, Siphan added. “If it is not needed, [people] shouldn’t leave to meet other people.”

Health Ministry spokesperson Or Vandine said she was too busy to answer questions.

Phnom Penh governor Khuong Sreng said: “We have all kinds of measures, and now I am busy in a meeting.”

Kampong Speu governor Vei Samnang said precautions remained the same. “[Some] brothers and sisters don’t follow it, and they use this or that excuse, they die,” Samnang said.

But the province had now seen “a remarkable drop” in cases, he added.

In Koh Kong, which has seen the highest two-week case total among provinces still disclosing cases, deputy governor Sok Sothy said there was no curfew and advised the same precautions as encouraged nationally. Koh Kong continues to use targeted lockdowns to curb the spread of the virus.

New arrivals would have their temperatures tested at checkpoints, he said. The province had now seen 1,834 total cases, Sothy added.

Nationwide, the country has now exceeded 50,000 total cases and 600 deaths. A total of 5,674 cases over the past seven days is the highest weekly total yet, or an average of 811 cases a day.