As Hun Sen Prepares for Myanmar Trip, US Official Says Engagement Must Be ‘Constructive’ 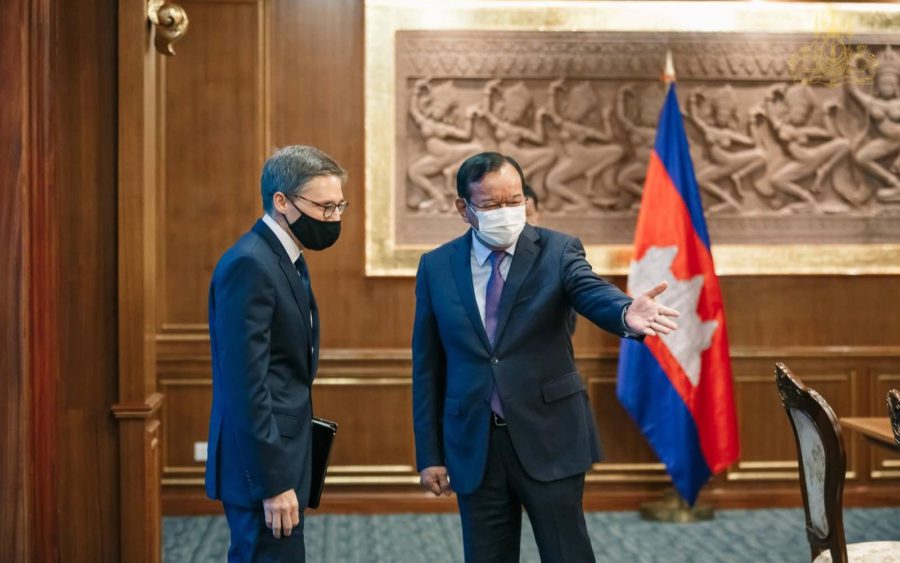 The United States was not against engagement with Myanmar’s junta, said a senior State Department official Friday evening, but it had to be a “purposeful” engagement.

The U.S. official’s comments come a day after Prime Minister Hun Sen again insisted on engaging with Myanmar’s junta and is slated to visit the country in early January. Nine Asean member states had agreed to block Myanmar from attending a regional summit last month and wanted to engage with the junta government through an appointed envoy.

Derek Chollet, a counselor and senior policy adviser at the State Department, said the U.S expected that any engagement with the junta should bear results and not be a concession to the military-run government.

“There hasn’t been any engagement yet. There had been a lot of talk about engagement and so we just made clear about the kind of engagement we think would be the most constructive,” Chollet said, referring to Hun Sen’s recent outreach to the junta.

He said that any engagement must include talks about humanitarian aid, be an inclusive process, and lead to a reduction of violence.

Those goals are similar to the five-point consensus reached by nine Asean states with Myanmar. It is unclear how Hun Sen’s decision to go to Myanmar will affect this consensus.

Chollet did not comment on the recent arms embargo placed on Cambodia. He said there was no announcement on scheduling the next U.S. and Asean summit and that the U.S. had informed Cambodia it would proceed with its November decision to initiate a review of trade privileges under the Generalized System of Preferences.

These issues are in part linked to U.S. concerns over Chinese military presence in Cambodia, especially at the Ream Naval Base in Preah Sihanouk province. Chollet said the U.S. had unfortunately not seen the kind of progress they had hoped for with addressing these concerns.

Foreign Ministry spokesperson Koy Kuong did not comment on Foreign Minister Prak Sokhonn’s responses to Chollet and asked VOD to wait for an official statement, which had not been released as of publication of this story.