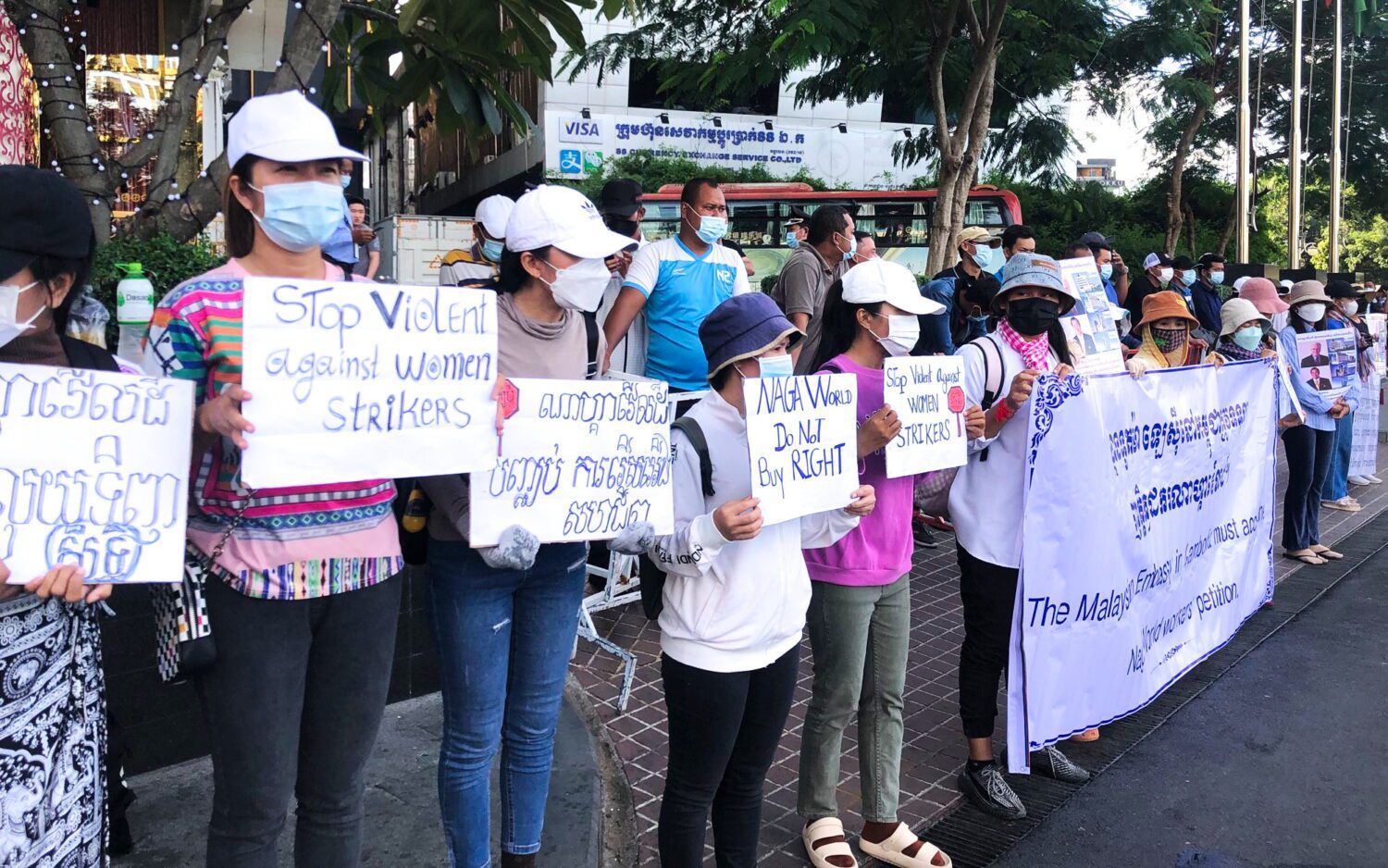 Another NagaWorld worker was questioned by a Phnom Penh court on Tuesday in a case filed by the casino corporation, where very little has been made public about the events leading to the charges.

NagaWorld workers have been protesting against the casino corporation for firing more than 1,300 workers last year, with little more than 100 workers refusing to accept termination compensation. After months of strikes and protests, the casino corporation filed a court complaint against at least nine workers alleging breaking and entering, intentional damage and illegal confinement.

But workers say they are unclear what incident the charges are based on. Several workers who have already been questioned in the case said they were only shown photos of them standing outside the casino complex protesting.

Seak Panha, 32, appeared in court on Tuesday and was questioned for around 90 minutes. She was asked about her participation in the protests and if anyone ordered her to join the labor action. She said the investigating judge repeated these questions even though she gave the same answers.

She was also shown the photos of the protesters outside the casino on August 19 and 20 but said that she was not in any of the photos.

“The questions are to pressure the workers. For me, it is mental pressure,” she said after her questioning. “Taking the court procedures forward is like a mental threat to us to stop protesting against the Naga company.”

Unionist Nop Tithboravy said seven workers had been questioned in the case and two others were scheduled to be questioned on December 15 and 27, respectively.

Apart from the criminal charges, NagaCorp has also filed a civil suit to get a court to enforce its compensation package for workers. While most workers have accepted compensation, the Ministry of Labor said 124 have yet to take severance packages.

The court is still investigating charges against around a dozen NagaWorld union leaders and members, with union leader Chhim Sithar, who was on bail, arrested at the Phnom Penh Airport for allegedly violating her bail conditions. She had traveled to Australia for a labor conference but the court said she was not allowed to leave the country, as per her bail conditions.