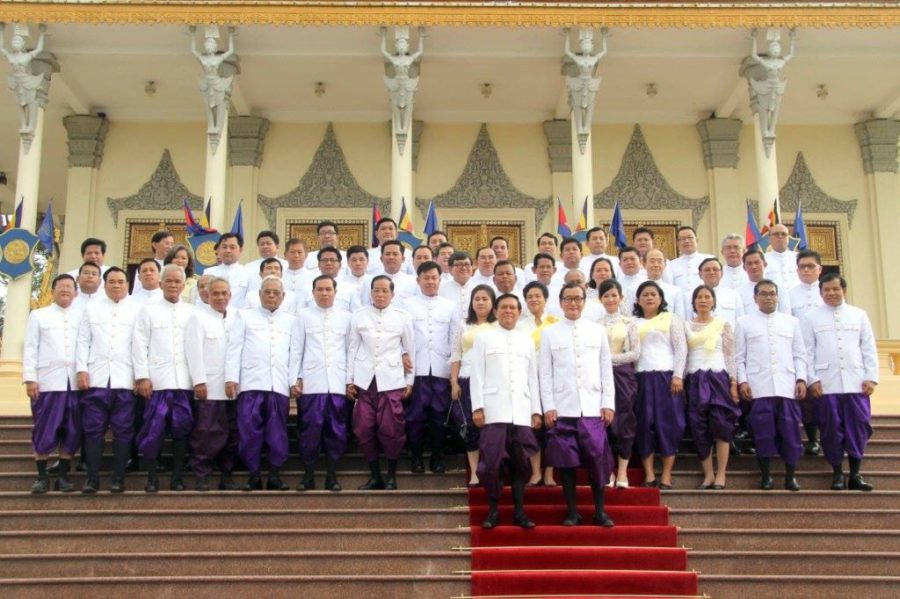 For the nine former CNRP officials who have now sought political clemency from the government, the reaction from supporters has been swift and decisive against them, political analysts said.

Former opposition adviser Kong Korm and ex-lawmaker Real Camerin on Monday joined seven other officials from the disbanded CNRP to officially apply for reinstatement to politics. The Supreme Court dissolved the party and banned 118 members from politics for five years in November 2017 for allegedly plotting to topple the government.

With Prime Minister Hun Sen having set a deadline of the Khmer New Year, next month, to seek his pardon, the ruling party has claimed that 15 other opposition officials are now in the process of applying for rehabilitation.

The pressure on former CNRP officials from both sides has raised the question: What will happen to their political careers if they walk away from the popular opposition party?

Political analyst Meas Nee said leaving the CNRP would spell the end of their careers in politics, judging from the level of criticism they are receiving from supporters on social media.

“If we look at the reactions on social media—[particularly] Facebook—to those who applied for political rehabilitation, it shows they will have a hard time building up an new political life in the future,” Nee said.

Another political analyst, Em Sovannara, said the opposition officials might have been persuaded by Hun Sen’s threats and enticements, but surmised that the public would abandon politicians who did not show resolve.

If they created a new party to compete in coming elections, they would be unlikely to garner votes, and would mirror the failures of the 19 non-CPP parties in July, he added.

Young analyst Ly Srey Sros noted that most of the politicians leaving the CNRP still remained in the country, unlike many who fled after the party’s dissolution.

But Srey Sros said voters would discriminate between the politicians they saw to be struggling for the cause of the nation and those they perceived to be unreliable.

“In this situation, we can discover who has the real will to get involved in politics and who has no real will,” Srey Sros said.

Political analyst Kim Sok said the officials leaving the CNRP were not just ending their political careers, but would also be criticized for playing a part in undermining democracy.

“We all have to be clear that Mr. Hun Sen is prioritizing one thing—that is, preparing to pass on power to his family,” Sok said.

“In order to make this plan successful, he, himself, has to retain power. This is the main factor and in order for him to have power, besides maintaining internal pressure, Mr. Hun Sen had to dissolve and break up the CNRP,” he said.

Sophal Ear, an expert in political economy, diplomacy and world affairs at Occidental College in the U.S., said creating a law in December to allow the opposition politicians to seek rehabilitation was an old ploy to try to restore the country’s international reputation and weaken the influence of rivals.

But Ear suggested it was unlikely to move the international community in light of July’s elections, which were roundly condemned by Western governments.