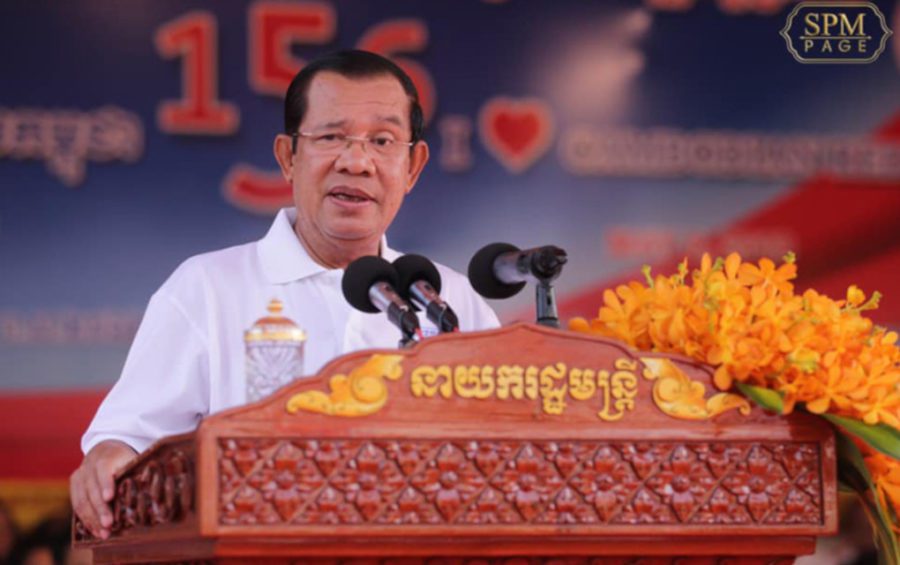 Prime Minister Hun Sen encouraged the wealthy to give to the vulnerable and engender more happiness in society.

At the Cambodian Red Cross’s annual fundraiser in Phnom Penh on Wednesday, Hun Sen said sharing was an art that had spread harmony throughout the country’s history.

Half of all schools in the country had been built by community contributions, he said, adding that he hoped the art of sharing would become a nationwide movement.

“This theory can create harmony between those with ability and those without ability in order to meet the needs of our people,” Hun Sen said.

The Cambodian Red Cross is run by Hun Sen’s wife, Bun Rany, and has been accused of using emergency aid as a platform to promote the ruling Cambodian People’s Party.

Every year, the country’s wealthiest line up to hand over envelopes of donations to Hun Sen at the fundraiser, with the amount of their contributions announced over a loudspeaker.

This year, Hong Kong-based NagaCorp — which has been given an exclusive license to operate its NagaWorld casinos in Phnom Penh — donated its usual $1 million, and the Union Development Group (UDG) also contributed $1 million.

UDG has been accused of building a Chinese naval base on its massive $3.8-billion development in Koh Kong province. The government has denied such reports.

According to data from 2010, Hun Sen and Rany donated the funding for 3,458 school buildings between 1995 and 2010, acts of giving that have been interpreted as exemplifying the CPP’s network of control and patronage across the country.

But it was also crucial for the government to adopt policies to prevent a growing gap between the rich and poor in the first place, and for it to enforce laws to stop the rights of the vulnerable from being violated by business interests, Srey Sros said.

People in the country were made to feel grateful toward the rich, when it was the advantages they enjoyed that allowed them to make sizable donations, she said.

“It shouldn’t actually be like this, because a lack in policy is making poor people become very poor,” Srey Sros said. “It promotes the idea that the rich have helped.”

The Cambodian Red Cross aided 139,113 families last year and provided 167 houses to those in need, according to its report for 2018.