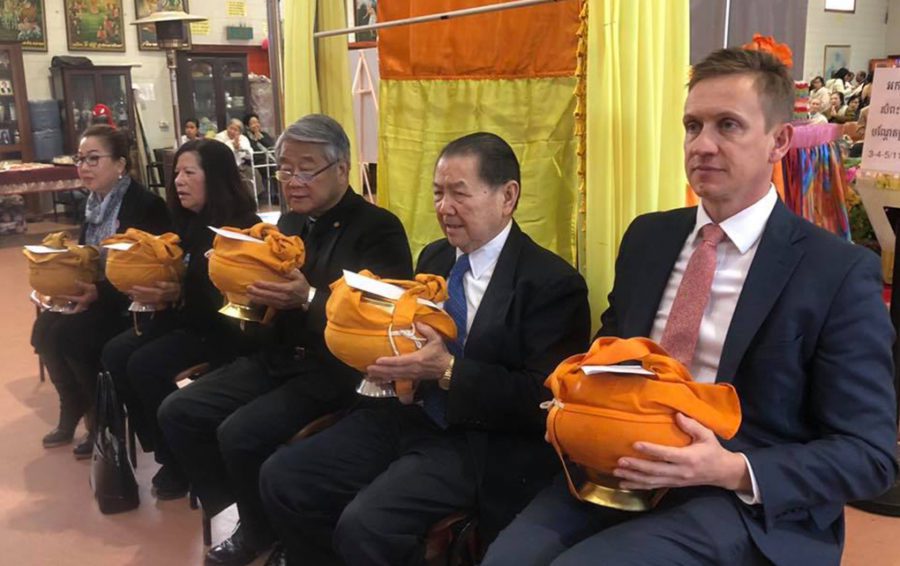 Australia should impose targeted sanctions on Cambodia if it refuses to undertake an independent inquiry into the suspected assassination of political commentator Kem Ley, an Australian opposition MP, Julian Hill, said over the weekend.

The Cambodian government and ruling party spokesmen responded that they would welcome any new evidence Hill had to offer.

In a speech in Melbourne on Saturday commemorating the three-year anniversary of Ley’s killing, Hill said the Cambodian government had a duty under international law to impartially and effectively investigate all unlawful deaths.

“If the Cambodian government ignores a request for a Commission of Inquiry, then Australia will have valid grounds to consider targeted sanctions,” Hill said.

“And the world will wonder what Hun Sen has to fear from an independent inquiry.”

He said if Australia failed to speak out, it would be complicit in the crime.

Ley was gunned down in broad daylight in Phnom Penh on July 10, 2016. His shooter was arrested and sentenced for murder, but many suspect the incident was a hired hit against the popular government critic.

The day of Ley’s killing has become a day of remembrance, with supporters calling for an end to extrajudicial killings. This year, two activists, Kung Raiya and Suong Neakpoan, were arrested and charged for incitement for participating in commemorations at the inner-city gas station where Ley was shot.

“If there is reliable, clear and new evidence, the law guarantees the reopening of the case,” Siphan told VOD in a written message.

“The court has its own duties according to court procedure, and if you … have evidence as proof, bring it to the court,” he said.

Soeng Senkaruna, spokesman for rights group Adhoc, said he supported an independent investigation with the involvement of international experts.

Such an investigation would help “clear suspicions over the previous investigation by authorities, which has ambiguities and is not trusted by the people,” Senkaruna said.

Ley was shot and killed just a day after he urged an investigation into the wealth of Prime Minister Hun Sen’s family on a radio segment discussing a report by NGO Global Witness.

The report, titled “Hostile Takeover,” said the prime minister’s family had registered interests in 114 Cambodian companies with a total capital value of $200 million.

Ley’s wife, Bou Rachana, has been granted refuge in Melbourne with her five sons. In a statement issued on Sunday, Rachana said she believed her husband’s murder had been arranged “by the person who is in power at important state institutions and could be a relative of those listed in the Global Witness report.”