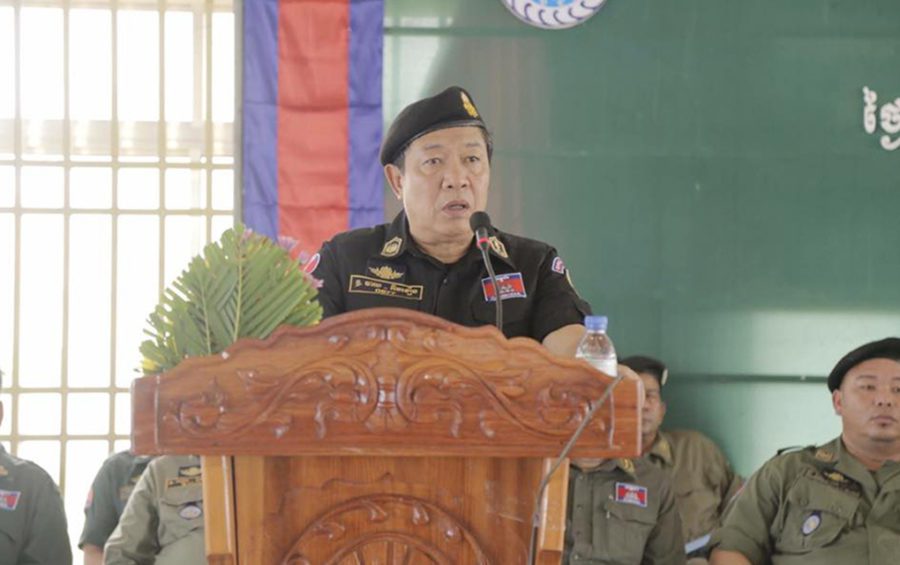 Cambodian authorities said they would continue to investigate a video of tattooed men chanting about causing disorder in Sihanoukville despite the Chinese Embassy’s assurances that they were just drunk men playing a prank.

National Police spokesman Chhay Kim Khoeun told VOD on Monday that Cambodian police were still on the case, and receiving help from Chinese authorities to track down the men.

“They want to destroy security in Preah Sihanouk — they claimed it was like this” on the video, Kim Khoeun said. “This a problem that might have something behind it. Let’s give both parties some time to cooperate and investigate.”

The Chinese Embassy, however, backtracked on its earlier Facebook comments claiming the men could be linked to a criminal group. It said in a post on Friday that the video was just a prank.

“After a thorough investigation by Chinese authorities, it was found that this video was filmed by Chinese people from Chongqing who came to work in Cambodia in March this year,” the embassy said. “After they got drunk, they filmed this video just for fun. Those people in this video are not involved with any criminal group.”

The 10-second video was shared widely on social media.

Am Sam Ath, monitoring manager for rights group Licadho, said the government should better regulate the flow of Chinese people into Cambodia because the video had made people afraid.

“Foreigners, such as Chinese people, have committed many crimes in Cambodia, relating to internet [scams] and others,” Sam Ath said. “Even though there is economic development associated with the flow of Chinese people, authorities should tighten it up to maintain security.”

Fears of Chinese-instigated crime has been growing due to Sihanoukville’s rapid development as a gambling resort town.

Most crimes related to Chinese migrants have been related to groups attempting to scam people back in China using Voice over IP calls from Cambodia.