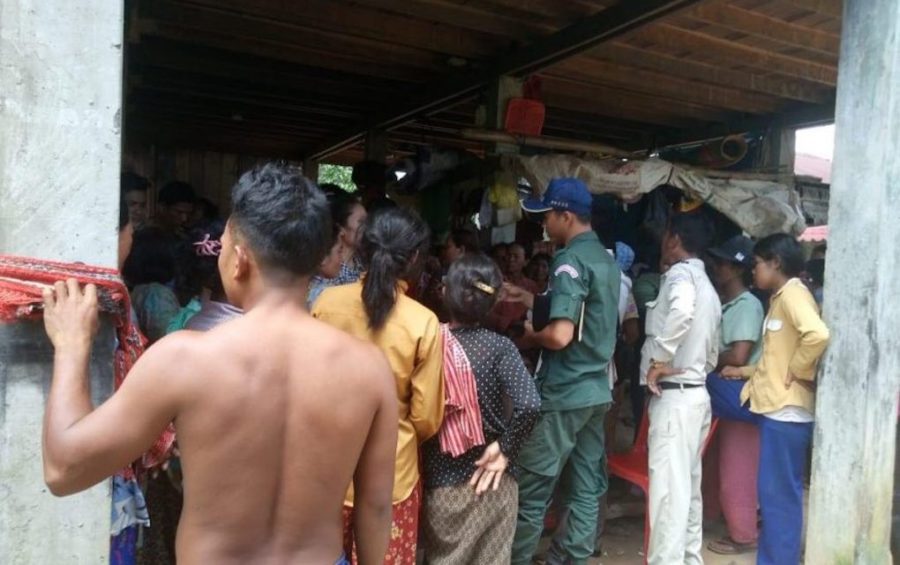 Koh Kong villagers involved in a yearslong land dispute said Friday that authorities interrupted their meetings on three consecutive days this week, telling the disputants they were checking if the gathering was in support of exiled opposition leaders’ planned return to the country next month.

“They said they came to have a look because they were afraid that we are gathering to support the opposition party,” said Det Hour, a representative of 197 families locked in the land conflict in Sre Ambel district.

“We did not talk about politics. We talked about our land dispute only,” Hour said.

The communities from four villages in Chi Khor Leu and Chi Khor Krom communes say they have been engaged in the dispute with the Heng Huy sugar plantation since 2007.

Hour told VOD that villagers tried to gather for a meeting on Sunday, Monday and Tuesday to discuss how best to seek interventions from officials and find a solution for their land dispute, but each time they were interrupted by authorities, some of whom wore plainclothes and took photos of meeting participants.

She said the authorities’ presence made attendees worried and some dared not speak.

“We could not hold a meeting. Police kept interrupting,” Hour said. “We asked them to leave the meeting. They didn’t agree. They instead said we had violated the law for chasing police out.”

Government officials in recent weeks have said expressing support for the promised November 9 homecoming of Sam Rainsy, the co-founder of the outlawed opposition CNRP, was akin to supporting a coup attempt and was a prosecutable offense.

Rainsy and other senior exiled party leaders have pledged to return to Cambodia in a supposed bid to restore the opposition party and lead a “people-powered” movement to force Prime Minister Hun Sen’s resignation.

The CNRP was dissolved by the Supreme Court in 2017 after CNRP president Kem Sokha was arrested on treason charges and accused of attempting to overthrow the government with U.S. support. Sokha, who denies the allegations, remains under de facto house arrest in Phnom Penh.

Hun Sen this week said those who confess to “unintentionally” participating in the drive for Rainsy’s return would be “exempt from punishment.” He earlier promised to have Rainsy arrested upon his attempt to re-enter the country after nearly four years abroad.

About 30 CNRP activists and members have been arrested and detained this year in relation to expressing their support for the party. Some have been charged with plotting an attack, which carries a maximum sentence of 10 years in prison, and incitement to commit a felony.

On Friday, Chhan Chhoeun, another representative of the 197 Sre Ambel families, said the police monitoring scared people and kept them quiet at the gatherings.

“When people in our community have a meeting, I don’t want police to interrupt and investigate because we have a meeting about the loss of land,” Chhoeun said.

“I suggest that authorities help find a solution for our land dispute soon so that they will not be so busy. If there is no solution, people will still call up their representatives for meetings and this will keep authorities busy,” he said.

They were visiting and questioning people to maintain public order and ensure no ulterior motives, Chankanha said.

“The authorities went there to check in case people were gathering for activities other than meeting to find a solution for their land dispute. If there is nothing, there won’t be any action,” he said.

“They have to inspect because it’s related to security and public order in their area. So they went to ask, and if there is nothing happening, they leave,” he added.

Pen Vuthea, a monitor with rights group Licadho in Koh Kong, said the authorities’ interruptions of villagers’ meetings affected the people’s rights and violated the law, which protects individuals’ right to peacefully assemble.

“If authorities take one or two photos and they return, it won’t be a problem, but if they sit and observe from the beginning till the end, it prevents people from expressing themselves with the group because they are scared of the authorities observing them,” Vuthea said.