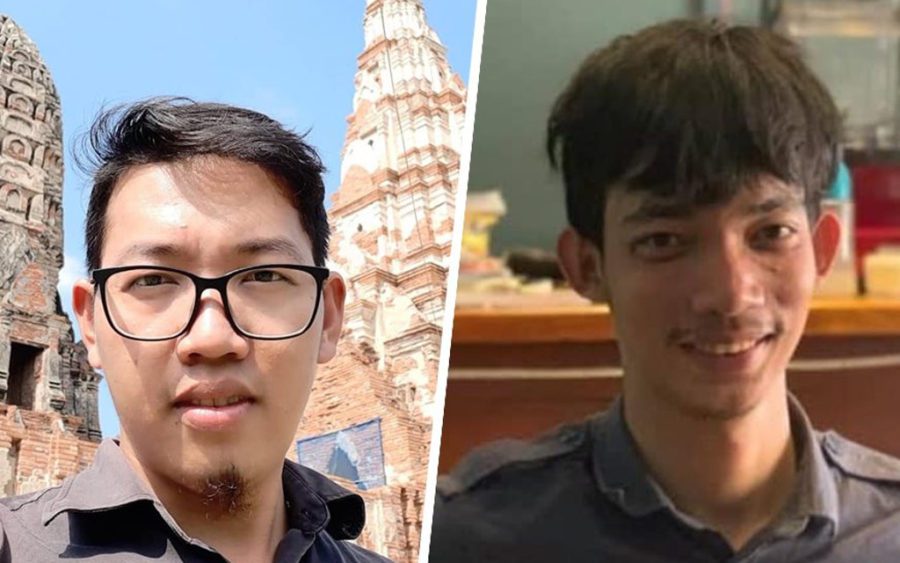 Yim Leanghy and Ly Chandaravuth, in photos supplied by CYN.

An NGO officer said three young environmental activists were taken into custody in Phnom Penh and a fourth detained in Kandal province on Wednesday, but authorities have not confirmed the reported arrests, with National Police referring reporters to a Covid-19 committee.

San Mala, an advocacy officer at the Cambodian Youth Network, said the wife of environmental activist Yim Leanghy had accompanied Leanghy to the Koh Thom district police station in Kandal on Wednesday morning.

“We have received information from the wife of the environmental activist — she said that this morning police from Koh Thom in Kandal province called her husband Yim Leanghy in for questioning,” Mala said.

The wife, Srey Mao, was asked to return home as authorities detained Leanghy, according to Mala. Mao also confirmed the detention to VOD.

Government spokesman Phay Siphan, who is also a member of a national Covid-19 committee led by Prime Minister Hun Sen, said he didn’t know about the case and had not received any information. National Police deputy chief Dy Vichea, the head of another Covid-19 subcommittee for monitoring suspected cases, could not be reached.

Last September, three environmental activists from the group Mother Nature, Thun Ratha, Long Kunthea and Phuon Keoreaksmey, were arrested while planning a campaign video about preserving a Phnom Penh lake. They were found guilty of incitement last month, and sentenced to 18 to 20 months in jail.