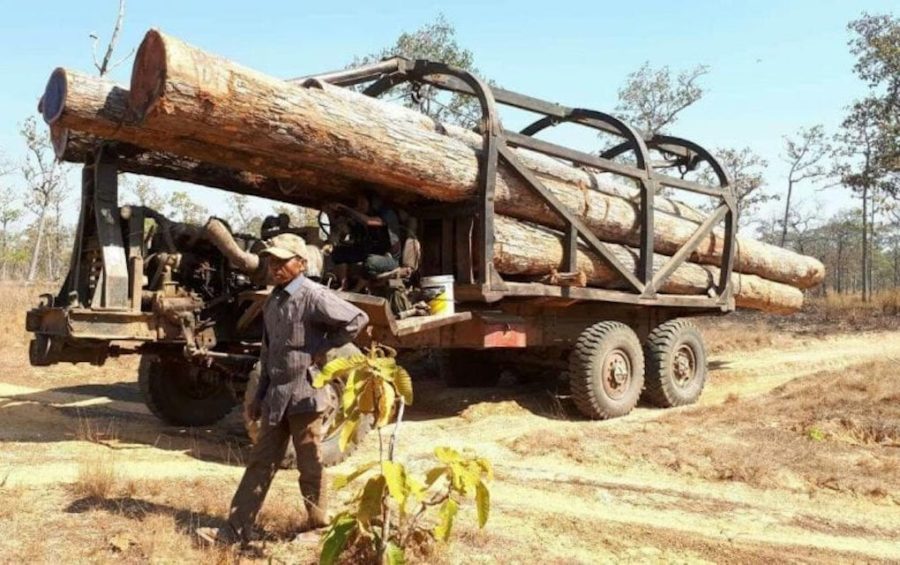 The Cambodian Youth Network says it was denied permission to patrol the Preah Roka Wildlife Sanctuary in Preah Vihear province over the weekend with a local community that reported the transport of sawn timber from the protected area.

The group said it wanted to go into the forest Saturday through Monday but was denied by provincial authorities on Thursday.

The director of the Preah Vihear provincial environment department, Song Chan Socheat, said the group was denied because it did not have a prior agreement.

Sin Sen, a resident of the Prey Preah Roka community, which was to go with CYN on its patrol, said dozens of trailers had been seen transporting sawn timber from the conservation area in recent months, with no apparent action taken by authorities.

Trailers had been seen coming out of several of the sanctuary’s exits, she said.

“In my opinion, [the forest] will be gone soon if the community is not allowed to enter,” Sen said.

Preah Roka, designated as a protected area in 2016, covers an area of about 90,000 hectares spanning three districts in Preah Vihear.

Pech Pisey, executive director of Transparency International Cambodia, said people should have the right to participate in protecting natural resources.

“The destruction of the forest shows the weakness of law enforcement among the relevant authorities, and partly the lack of transparency, lack of accountability of public officials in charge of protecting the forest,” Pisey said. “The participation of the people is important. I think we should encourage them rather than stop them.”

At the larger Prey Lang Wildlife Sanctuary, part of which is also in Preah Vihear, prominent environmentalists including Goldman award-winning Ouch Leng were detained for a weekend earlier this month while investigating illegal logging.