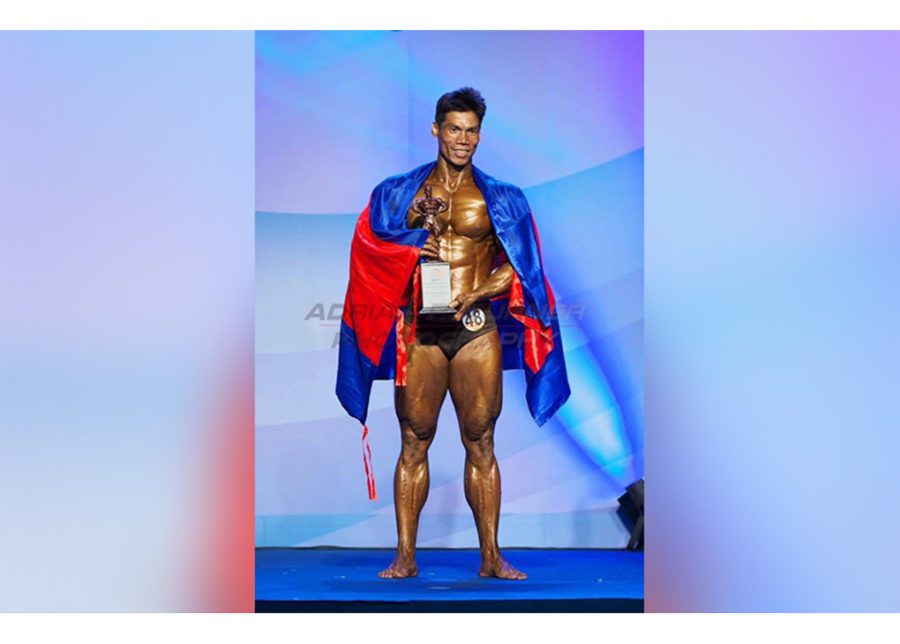 The secretary-general of the Bodybuilding Federation has publicly announced his resignation with a message criticizing the body’s president, as a string of athletes leave the sport over abruptly reduced cash incentives.

Tek Bunvy, secretary-general of the Cambodian Bodybuilding & Fitness Federation (CBBFF), announced the resignation on Facebook on March 23 while expressing dissatisfaction with the current president.

“I, Tek Bunvy, secretary-general of the Cambodian Bodybuilding & Fitness Federation and also a national athlete, would like to announce my resignation from the federation effective immediately. The reason is because the president of the federation only cares about [his] personal interest,” Bunvy said.

Bunvy was a gold medal winner at the 2016 Southeast Asian Games and a World Championship bronze medalist in 2016.

Bunvy accused CBBFF president Sim Sokmongkul Raksmey of exploiting athletes to raise money from overseas without handing over the money to the federation. Sokmongkul Raksmey told VOD that he knew of Bunvy’s post, but said he was not clear whether it was a formal resignation.

Sokmongkul Raksmey declined to comment on the accusations against him.

Bunvy’s resignation comes two weeks after controversy flared up over a sudden and sizable reduction in the cash incentives given to athletes who medal in international competitions.

Sambo Suphorn, who won a gold medal at the World Bodybuilding & Physique Federation’s (WBPF) World Championships in Chiang Mai in December, had posted a message and video on Facebook saying he was only receiving 20 million riel (about $5,000) instead of an expected 120 million riel ($30,000) from the Ministry of Education, Youth and Sports as reward for Cambodian athletes who win medals on the world stage.

Suphorn, 24, who took up the sport as a 16-year-old, said he had not been told in advance about the change, and appealed to Prime Minister Hun Sen to intervene.

“I feel disappointed and depressed because the cash incentive I had expected was 120 million riel,” Suphorn said.

Tek Bunvy previously told VOD that he would walk away from the federation if there was no solution for his athlete.

He said he could not accept the situation because he had only received the ministry’s notice of the change, dated Jan. 31, in March, four months after the competition.

The ministry should have announced the change before the athletes competed, he said.

Some speculated that the 100-million-riel difference was being pocketed somewhere along the line, but the Education Ministry’s Ouk Sithcheat, general director of the general department of sport at the ministry, said the lower amount had long been the government’s official policy, with the higher amount only a temporary bonus.

“These are the rules. I have a right to make a request to the Finance Ministry of just this [amount], and I have no right to increase it. If I increase it, I will be punished,” Sithcheat said.

He added that government’s policy over the cash incentives was broadly disseminated and also applied to other sports.

The previous 120 million riel incentive was a special case for an era when it was rare for Cambodian athletes to win medals, he said. Now, Cambodian athletes have been winning no less than 150 medals a year at the world, Asian and regional levels, Sithcheat said.

Sambo Nan, a World Championship gold medalist in 2017 and Suphorn’s brother, also said he was dissatisfied with the leadership of the federation’s president.

“If the same president is still there, I think there will be no progress. I think before long, the federation will disappear,” Nan said.

Nan said he was disappointed that despite recent successes, the sport was receiving less attention and support, especially compared to other sports. He said that he was resigning from the sport alongside others such as Prak Sobin, and his brother Suphorn was also considering leaving.

“If the ministry still ignores with our athletes, I think that no one can find the will to compete, because every time when going to a competition, the ministry has never helped with anything. Athletes find money for themselves and cover rations by themselves,” he said.

Cambodia sent five bodybuilders to participate in the 10th WBPF World Championships from Dec. 11 to 17, 2018 in Chiang Mai. Among the five Cambodian athletes, Sambo Suphorn was the only athlete who medaled.