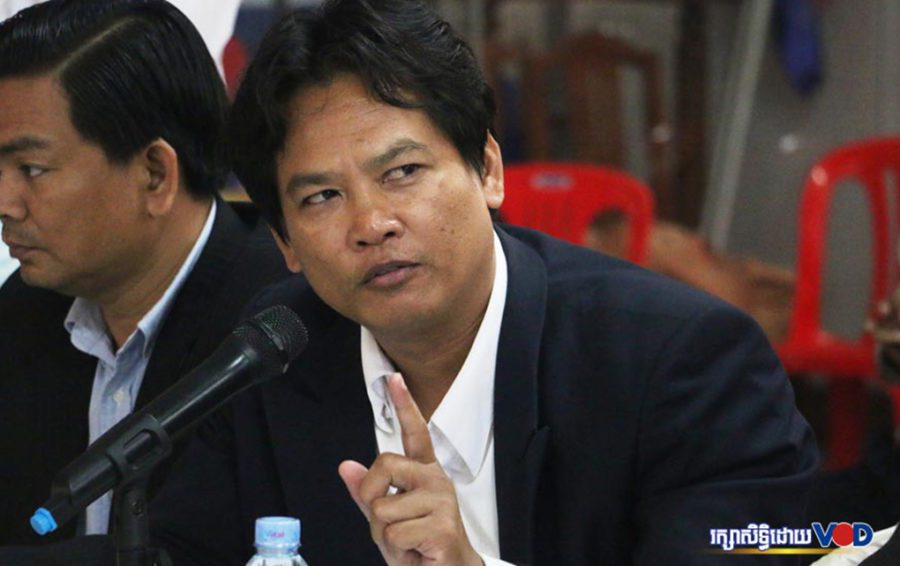 The Phnom Penh Municipal Court summoned Royal Academy of Cambodia president Sok Touch for questioning after the Khmer Rise Party complained that he illegally interfered with its petition imploring the country to reclaim a southern island from Vietnam.

The minor party was formed last year while taking a hardline position on immigration, vowing to kick out all illegal immigrants from the country within 72 hours if elected. The Interior Ministry says 99 percent of immigrants in the country are Vietnamese.

The party also started a petition to submit to the Constitutional Council saying the country was losing territory to its neighbors, notably the Koh Tral island claimed by Vietnam.

It claims that Touch prevented people from giving their thumbprints to the petition, and is accusing him of thereby leading an insurrectionary movement.

Touch, a prominent academic, has led Cambodia’s efforts to inspect the accuracy of border posts between the country and Vietnam — a politically fraught task as opposition parties have used anti-Vietnamese sentiment to galvanize voters.

The Khmer Rise Party wrote on its Facebook page that Touch had made people feel “scared” about joining the petition.

“It is the reason that the Khmer Rise Party’s campaign was slow and did not go as smoothly as planned,” it said.

Touch posted on Facebook that he intends to appear at the court for questioning on Friday.