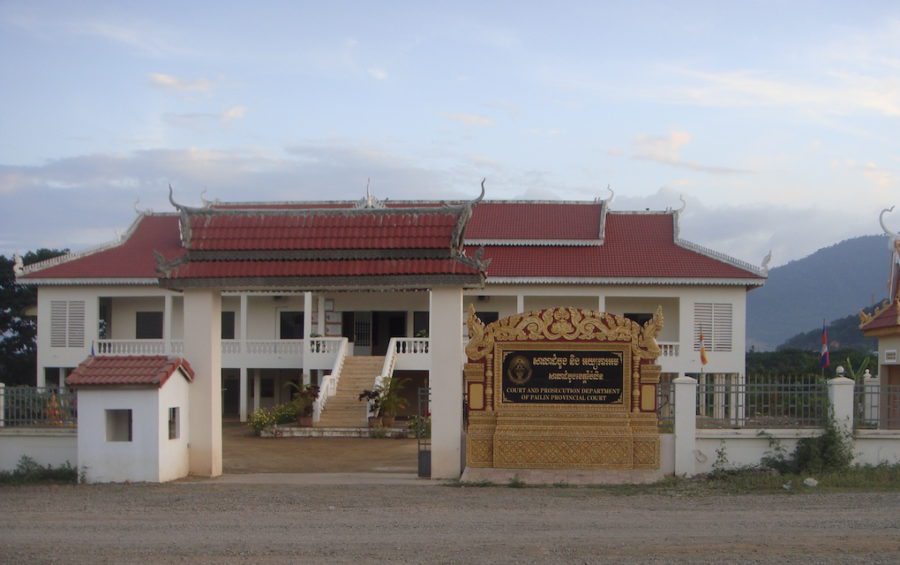 About 100 poor families living along the Thai border say they have no interest in leaving to make way for a development, demanding $100,000 each in compensation and protesting against court summonses for three representatives.

Authorities say the demands are unreasonable and accuse the families of participating in opposition politics.

The families together live on about 2 hectares in Pailin province, 200 meters from Thailand, and are mostly cart pushers and vegetable sellers with small businesses straddling the border, they said.

Yon Phalla, a 51-year-old resident, said 44 families had been served “land protection” orders, prohibiting them from building structures on the land, while three representatives were summoned for questioning at the provincial court on Thursday last week.

About 100 families had lived in the area for two decades, Phalla said.

Phalla acknowledged the land had been in dispute for decades, with the residents living under an agreement with a previous owner, and lawsuits beginning in 2010.

Horm Srey Neang, a 53-year-old resident, said the families lived on small plots about 2 meters by 10 meters each, and had no intention of leaving.

Developers or authorities would have to pay them $100,000 each if they wanted them to leave, she said.

“[We] call on the relevant authorities to help and issue legal land titles for the people living on the site, because we have lived on this land for 22 years,” Srey Neang said.

On Thursday, about 100 people gathered outside the provincial courthouse to protest the summoning of three representatives in relation to illegally occupying the land.

Phsar Prum village chief Preap Saron, in Sala Krao district’s Stung Kach commune, said the families were struggling amid closed borders due to Covid-19, and he could understand their plight.

But the residences on the property were crowded and unsafe, and the land had been sold to a private developer, he said, though he added that he did not know details of the planned development.

“If there was a fire, a truck wouldn’t be able to get into the location because they are very chaotic structures,” Saron said.

The families had been offered land in a resettlement site. Some had taken the offer but the remaining families did not want to leave, he said. “Their demand is too much,” he said. “They want money and they want a lot. … It is not as valuable as they demand.”

He added that the court orders for the 44 families were about protecting the land, not to immediately evict them.

Deputy provincial governor Thou Phea said the dispute was difficult to resolve, and encouraged people to go through the court processes rather than seeking help from local administrations.

“We cannot make decisions on their requests, first, because the issue involves private land and not state land,” Phea said, adding that the families’ plots were tiny and there was no infrastructure in the area.

Commune chief Kong Heng said the families were not only being unreasonable — they were politically motivated.

the company’s land,” Heng said. “They use slogans. … They use the dispute as a political issue. … There is a mastermind behind it.”

Heng said that the families were supporters of the CNRP, the country’s main opposition party that was outlawed in 2017. The party’s dissolution sparked international criticism, and led to the ruling CPP sweeping all 125 National Assembly seats in the 2018 election.

Cambodia to Receive First Doses of Covid-19 Vaccine Next Month