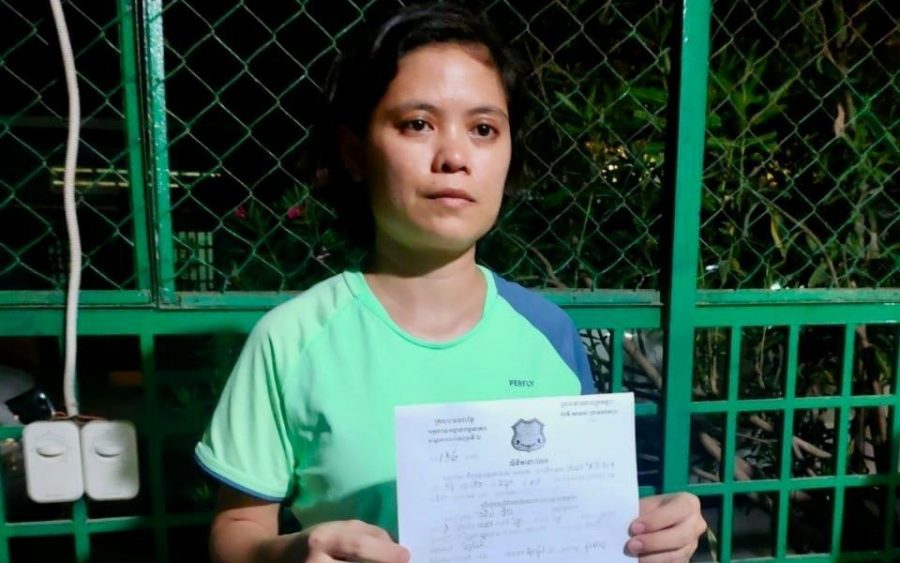 At least eight NagaWorld workers were released from prison Monday night, according to local rights groups, hours after letters from them requesting bail were made public.

Licadho said that seven NagaWorld workers left the Correctional Center 2 around 8 p.m. and Sok Narith, a former unionist, was released from the men’s prison a little prior to that. The releases were also confirmed by labor advocacy group Central.

Fresh News also confirmed the release of the eight people, publishing photos of them holding their prison release forms.

Three other workers — Choup Channat, Sao Sambath and Seng Vannarith — were arrested in early February and charged under the Covid-19 law.

The releases come hours after local pro-government outlet Fresh News published eight letters from the workers requesting the Ministry of Labor for bail. They also asked for active employees to return to work and for laid-off workers to suspend the strike in favor of negotiations.

Mam Sovathin, one of the workers at the Prek Pnov facility, said she had heard about the releases but would continue the strike till the workers got an acceptable solution.

“No one can stop us, even sister Sithar,” she said. “Because we are strikers and want to get justice from NagaWorld.”