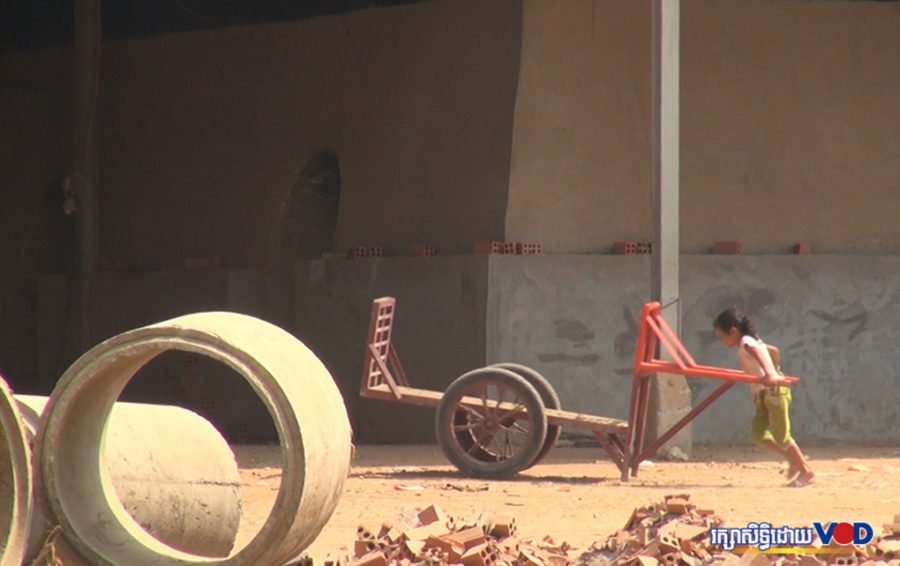 A child working at a brick factory. Image: Hy Chhay

The Labor Ministry has announced that authorities will be ordered to shutter brick factories that allow children to enter their production facilities, in an effort to put a stop to the dangerous and illegal use of child labor in the industry.

The decision comes after a 10-year-old girl lost her right arm when it was caught and mangled in a brick-making machine in Kandal province in March.

A June 5 directive obtained by VOD on Monday says provincial labor departments around the country have been ordered to advise brick factory producers about the new ban on children entering any compound where bricks are being produced.

It also restates the illegality of children working in brick factories — including in cases where their families are working to pay off debts to brick factory owners — and says owners must set up fenced-off areas for children near the facilities.

Failure to comply with the directive would lead to their factories being shut down and criminal charges applied against the owners, the directive says.

Vorn Veth, the national project coordinator for the International Labor Organization in Cambodia, said the measure was a step in the right direction in ending the use of children in brick factories but that its efficacy would depend on enforcement.

Local human rights group Licadho in 2016 issued a report characterizing the use of children in the brick factories as a form of modern slavery and debt bondage.