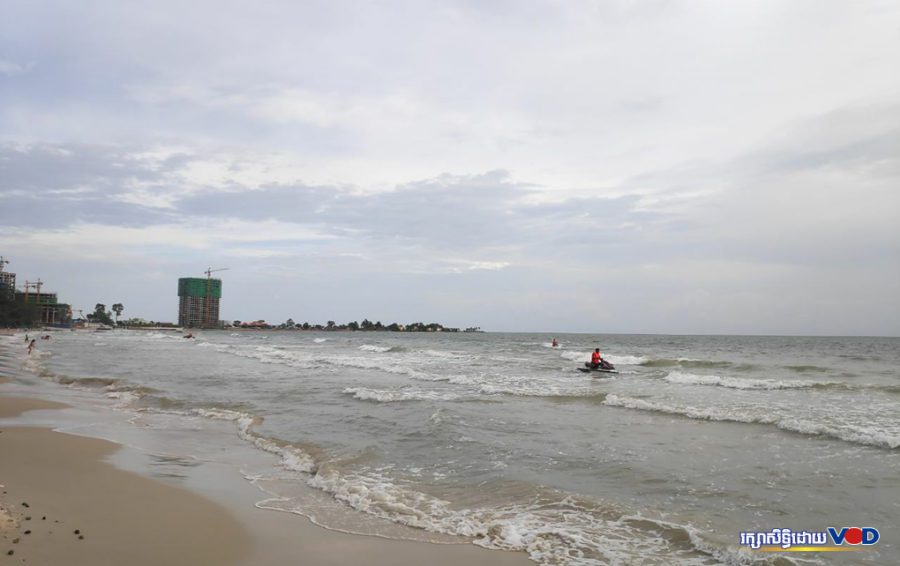 A cargo ship traveling from Thailand to China became beached on Cambodia’s Koh Tang island in a storm on Tuesday, leading to the rescue of its four crew members.

Deputy navy commander Tea Sokha said the ship drifted into Cambodian territory and was stranded on a rocky beach on Koh Tang, off the coast of Sihanoukville. On Wednesday, a team inspected the team but found no one on board. Three life jackets were found on rocks about 50 meters away.

“The ship’s machinery broke down,” Kim Khoeun said. “The ship is still stuck there and we have rescued four people on the ship. They have not violated any law. They are victims of the storm.”