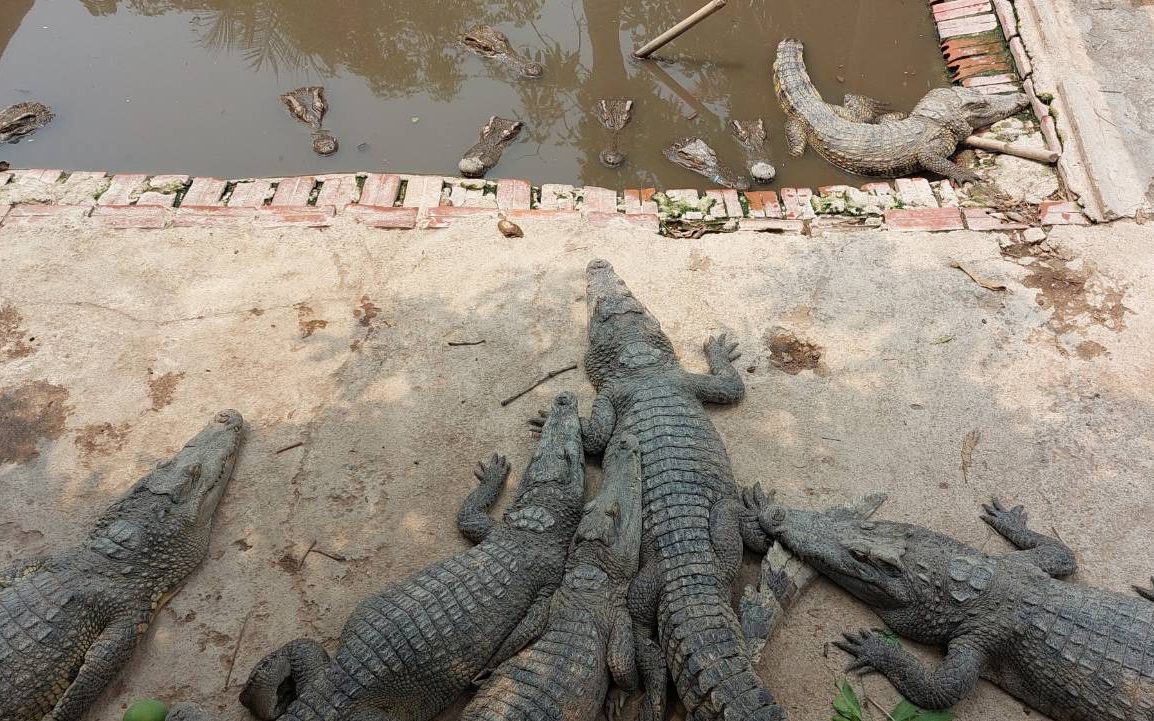 Crocodiles sunbathe and sit in a pond at a private farm in Pursat’s Krakor district on April 9, 2022. (Danielle Keeton-Olsen/VOD)

A police official in Siem Reap province who is believed to have slipped into a crocodile pool when he got up in the middle of the night died from his injuries Tuesday afternoon, according to police.

Puok district police chief Tep Pumsen said Sou Sothea, 37, kept crocodiles at the back of his house, and on Sunday night came home from a party and went to sleep in a hammock in a shed by the pond.

But early morning on Monday he fell into the pond and suffered serious bites, for which he was rushed to Phnom Penh for treatment, Pumsen said.

Authorities have concluded that Sothea may have gotten up to urinate in the night and slipped into the crocodile pool, he said.

“No one saw the incident,” he said. “Around 1 a.m. there was a shout and people around him heard him shouting for help and called each other to hit [the crocodile] and save him.”

Pumsen said Sothea died from the injuries Tuesday afternoon, and his body was brought back to Siem Reap for a funeral.

He had suffered bites to his head, arms and legs, the police chief said.