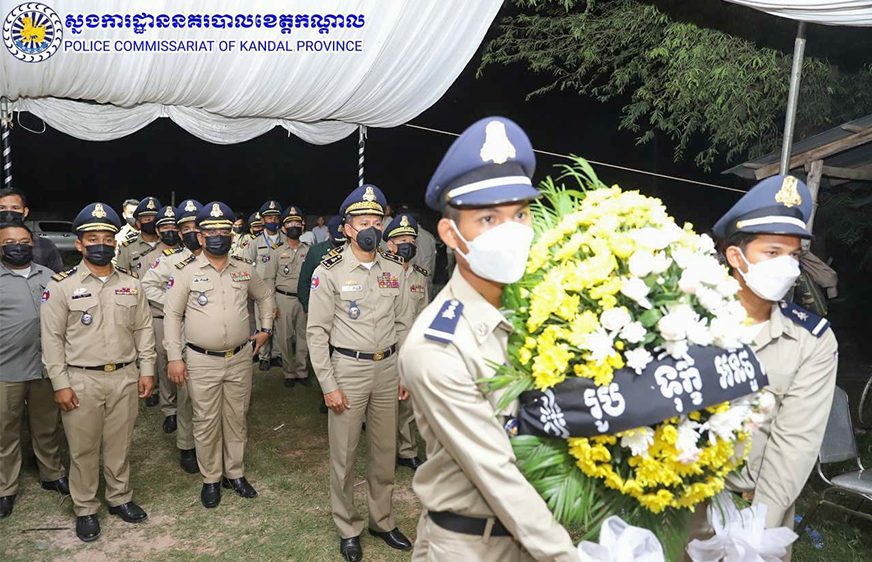 Kandal provincial authorities said two police officers were killed and another injured in a shoot-out during a drug bust in the province on Thursday.

Samnang said drug traffickers had opened fire during a crackdown in the commune on Thursday based on arrest warrants from the court.

Two suspects, including the killer, were arrested, he said, adding that they were also seriously injured in the firefight.

On Friday, the district police’s serious crimes department head, Svay Phalla, said one of the arrested suspects had died.

In addition to the surviving suspect in custody, five further accomplices had escaped and were being tracked by police, Phalla said.

“I am now searching for five other accomplices,” he said.

Phalla said the shooting incident in Ang Snoul district had resulted from the officers mistakenly thinking that the perpetrators had no weapons at hand during the crackdown.

“We had believed that they did not have weapons, but they fired back at our authorities,” he said. “They had weapons, swords, everything.”

Updated at 3:40 p.m. with information from Svay Phalla.