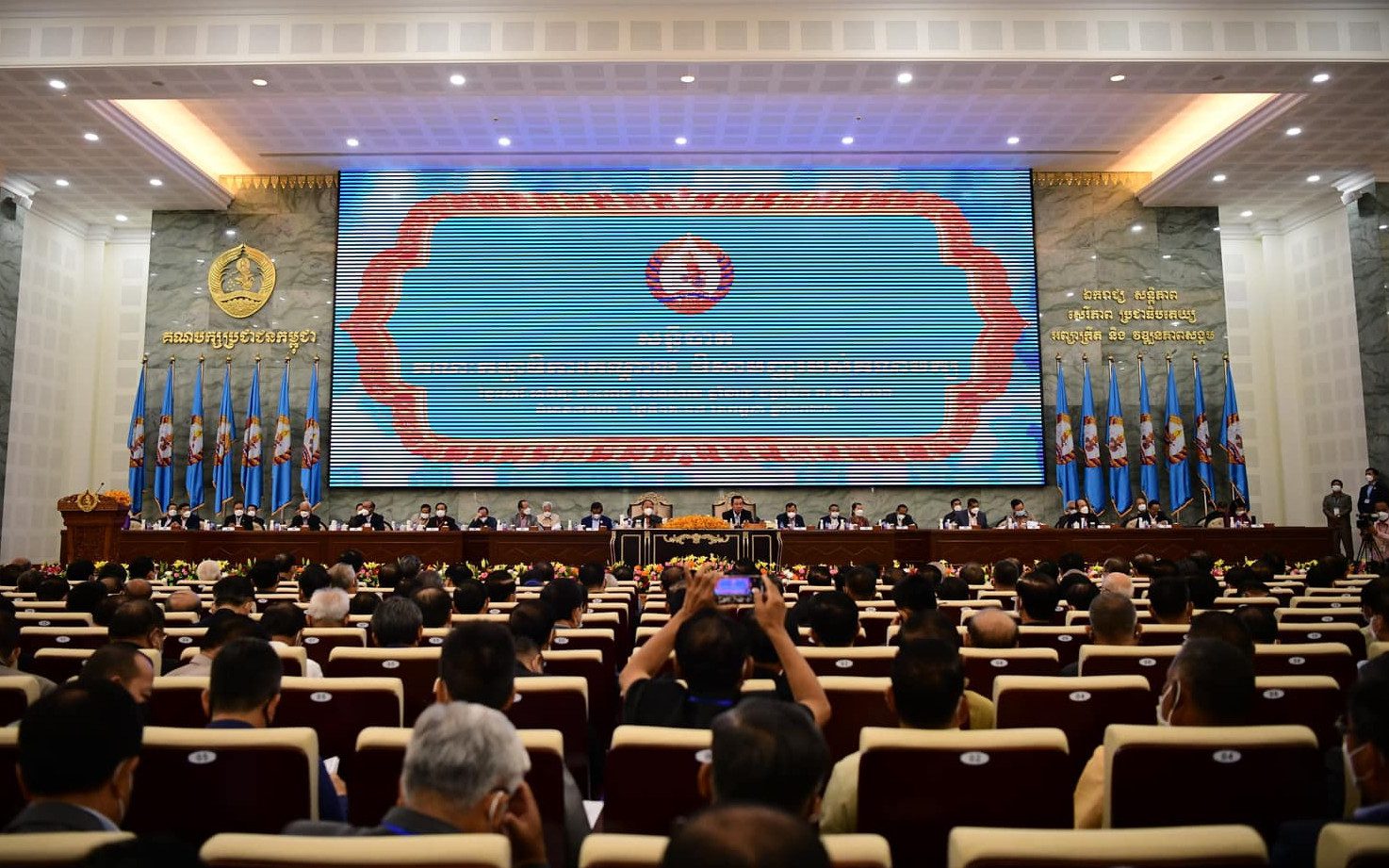 The ruling Cambodian People’s Party held an extraordinary congress over the weekend once again reaffirming Prime Minister Hun Sen as their candidate for the 2023 election and his son Hun Manet as a future leader of the party.

The ruling party released a statement on Sunday providing some insight into discussions over the two-day meeting, which was attended by 743 of 865 central committee members with a total attendance of more than 3,400 people.

The CPP, while commending itself for its performance in the June commune election — where it won all but four commune chief positions — again supported Hun Sen for prime minister at next year’s national election and Manet as a “Prime Minister-candidate for the future.”

The announcement was similar to one made in December, when the CPP anointed Hun Sen’s son as heir apparent, though shied away from putting out an exact timeline for the transition.

The Sunday statement also included a call to NGOs and political parties to “work closely together” to create a better political environment for the upcoming 2023 election, while warning that sources that seek to “destroy peace, political stability, security and public order” must be stopped.

The political opposition, which is still recovering after the dissolution of the CNRP, has routinely complained of discrimination by members of the ruling party and government, including election irregularities, violence and threats.

Two Arrested for Murder in Takeo

A Mondulkiri man was murdered by his business associate in Takeo province, police said, with the suspect claiming self-defense.

Donkeo city police chief In Mondol said two people had been arrested for the murder of Mondulkiri resident Sao Thin. The murder occurred in Donkeo’s Roka Krao commune on July 15, with the suspects arrested a day later on July 16.

Tim Vibol, a 53-year-old scrap dealer, and Bo Prosno, 20, were arrested for killing Thin with an ax, he said.

“The two dragged and placed the body on a motorbike and dumped it in a pond about 200 meters from the suspect’s house. The reason for the dispute was over an antiques business,” he said.

San Sophal, the commune police chief, said he did not know if items seized from the scene were valuable antiquities or not.

The victim, Thin, was living at Vibol’s house when Thin made threats with an “AK” and Vibol hit him with an ax. The suspect’s wife told police about the murder on the morning of July 16, Mondol said.

Kao Sokunthea, a Takeo provincial prosecutor, did not respond when asked what charges had been placed against Vibol and Prosno.