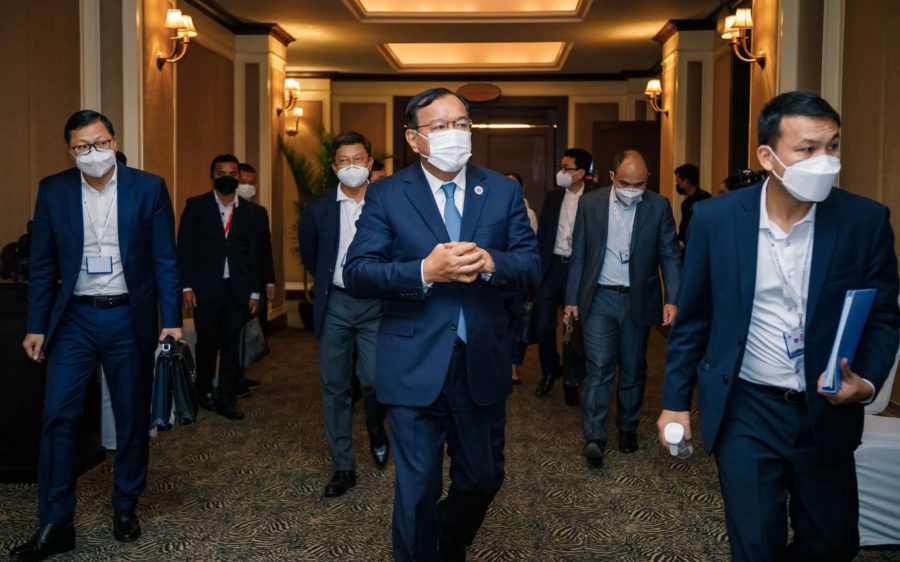 Cambodian Foreign Minister Prak Sokhonn plans to visit Myanmar in March, he said Thursday, months after Hun Sen made a controversial trip to the country leading to mixed reactions from Asean member states.

Sokhonn was speaking at a press conference on Thursday after the Asean foreign minister’s retreat in Phnom Penh. The meeting was previously delayed, purportedly over Cambodia’s decision to invite the Myanmar military junta’s foreign minister.

The minister said he tentatively planned to visit Myanmar in March but had not finalized the schedule. Sokhonn will visit the country as Asean’s special envoy for Myanmar. The previous envoy from Brunei did not make the visit.

“You cannot on one hand try to engage with someone and, on the other hand, engage with the one who is considered by the former as terrorists,” he said, according to Reuters.

“We are trying to find a way, of course. … If Naypyidaw is not speaking with the NUG, so let the special envoy as the bridge, as the facilitator, speak,” he added.

Sokhonn made rare mention of the National Unity Government, pointing to the tenuous relation between the civilian government in exile and the military junta. Days prior to Hun Sen’s visit to Myanmar, the junta government made clear that he would not be allowed to meet Aung San Suu Kyi, who was state counselor before the coup.

Asean nations except Myanmar unanimously agreed on a five-point consensus to get the military government to stop the armed conflict and make access for humanitarian efforts. This included access for the special envoy to meet all parties to the conflict.

As Tycoon Evades Jail, Bodyguard to Remain in Prison

The Supreme Court on Thursday upheld the life sentence given to Seang Veasna, the bodyguard of local tycoon Thong Sarath, who has evaded prison time in relation to the 2014 murder of his business rival Ung Meng Cheu.

Veasna was the gunman in the high-profile killing, and is the only one to remain in jail on a life sentence after four other defendants, Sarath, Meas Sambath, Kouy Chanthol and Chhum Chetra, had their charges dropped once they were released on bail.

The court rejected Veasna’s defense that his confession was coerced and sided with the lower courts’ decision to convict him. The defense team had pushed that Veasna’s confession was a result of torture, with the court saying there was no proof to verify the claim.

Meng Cheu was shot repeatedly as he stepped out of his SUV outside a fruit store in Phnom Penh’s Chamkarmon district in 2014. Sarath was arrested for the murder alongside the four bodyguards, and all were handed life sentences in 2019.