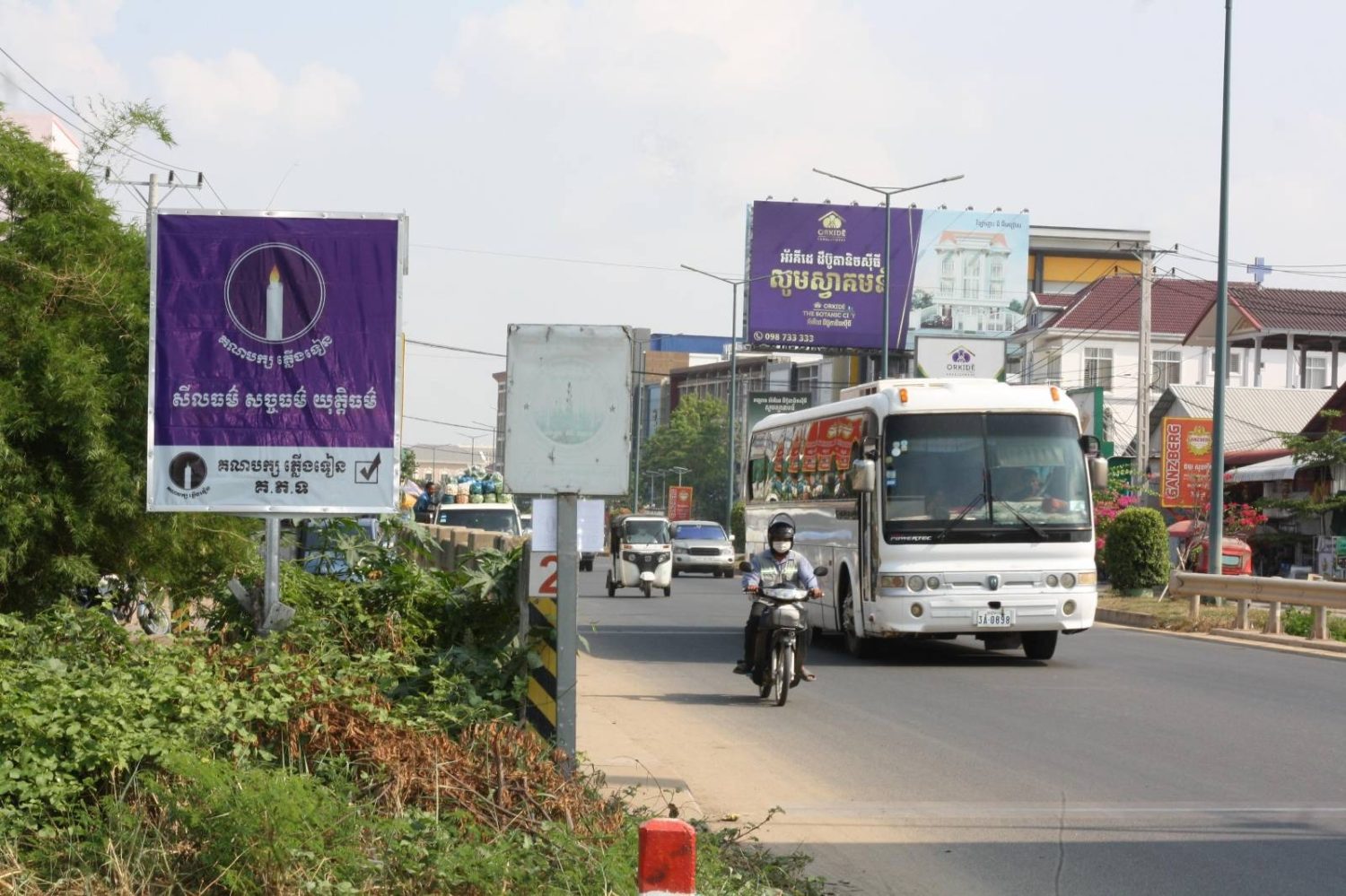 The prime minister was speaking at a ceremony accepting more than 1 million doses of AstraZeneca vaccines from Italy. Hun Sen asked officials to consider dropping mask requirements for outdoor areas while still requiring the face coverings in indoor spaces.

The prime minister had suggested in early April that the mask mandate be dropped in four provinces: Ratanakiri, Mondulkiri, Stung Treng and Preah Vihear. Cambodia last year dropped quarantine requirements for fully-vaccinated travelers and halved the quarantine for those who are not inoculated last week.

Hun Sen said infection numbers remained low, both before and after Khmer New Year, despite the lack of mask-wearing and social distancing during celebrations in Kampong Cham and Takeo. He said the dropping of masking rules would also help families save money.

Health officials should consider medical reasons for keeping masks but also look at the economy and psychological impact of wearing a mask, Hun Sen said. He pointed to other countries that had partially or fully lifted mask requirements, saying it was time for Cambodia to follow suit.

Hun Sen also warned people who had not received booster shots to get an additional vaccine dose, adding that more than 6 million people had not gotten a third dose. The Ministry of Health figures show that at least 93 percent of the entire population had received at least two doses.

Communes Reduced for Most Parties as NEC Releases Final Registrations

The Candlelight Party, which has seen at least 11 commune lists disqualified in the past weeks, will compete in 1,623 communes across the country, according to a final list of commune election registrations released by the national election body.

The National Election Committee released a final list of commune registrations, with the ruling CPP the only party to contest in all 1,652 communes in the country. The Candlelight Party had initially said it had registered in 1,649 communes but the NEC in March only reported 1,632 communes. Last Thursday’s final tally has the party competing in 1,623 communes.

The party, which used to be called the Sam Rainsy Party, has alleged intimidation and threats to party candidates, and has seen at least 11 commune lists entirely disqualified by the NEC.

Of the other parties in the fray, the Cambodia Nationality Party dropped 42 commune registrations, according to the NEC document, with the Khmer National United Party and the fledgling Cambodia Nation Love Party losing candidates in 21 and 14 communes, respectively.

The commune election is slated for June 5, with the campaign period starting two weeks prior to voting.