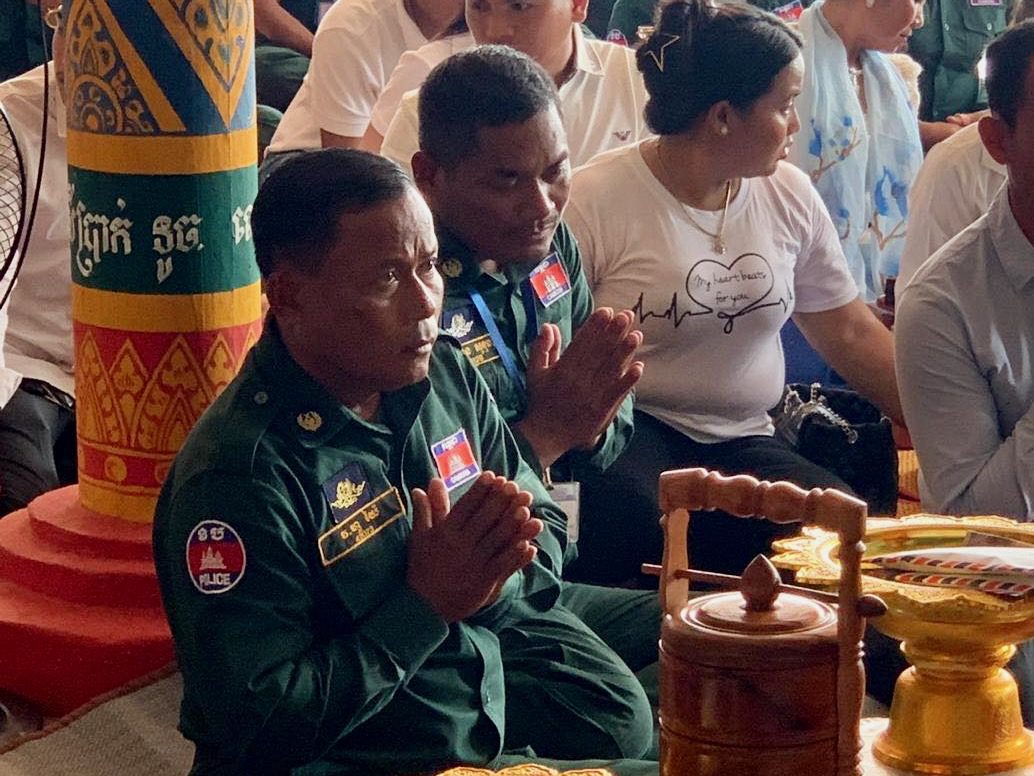 The Interior Ministry summoned Kampot’s provincial deputy police chief to provide clarification over claims of “mistakes” he committed during his time as a district police chief in Preah Sihanouk’s Prey Nob district.

Hour Yai was summoned by an order from Interior Minister Sar Kheng dated July 14 to appear at the ministry in Phnom Penh on Monday.

According to the order, Yai was accused of “committing mistakes while performing [his] duty” during the time he headed the Prey Nob district force.

Four complaints were filed against him last year, three from the same three Prey Nob residents in Ream commune and the fourth by a Phnom Penh resident, the document says. It does not detail what the complaints were about.

Kampot provincial police chief Mao Chanmathurit said he did not know the specific issues as they had happened while Yai was in Prey Nob.

“If the ministry summoned him, he must go, and I don’t know the outcome because it is not under my authority,” Chanmathurith said. “I don’t know what kind of mistakes he made because he did not commit them here in Kampot.”

The Interior Ministry’s inspector general Iv Leng as well as Khon Saray, the ministry official listed as the contact person in the order, said they were busy and declined to comment. Interior Ministry spokesman Khieu Sopheak said he was not aware of the summons.

The Ministry of Water Resources and Meteorology appealed to people to be vigilant against the weather as Cambodia will be under the influence of a low pressure system that is expected to bring rainfall, high winds and thunder for the next seven days.

The ministry statement, dated Tuesday, said that from July 20-26 Cambodia would be under the influence of a monsoon system moving in at a moderate speed from the southwest, crossing from northern Thailand to southern Laos and on to central Vietnam.

The ministry said Cambodia would see rainfall across the country and thunder and lightning in some areas. Temperatures are expected to range from a low of 23 degrees Celsius to a high of 36 degrees Celsius.

Heavy rainfall in the capital Phnom Penh on Monday afternoon caused flooding in some shopping center parking lots and gridlocked traffic in parts of the city.