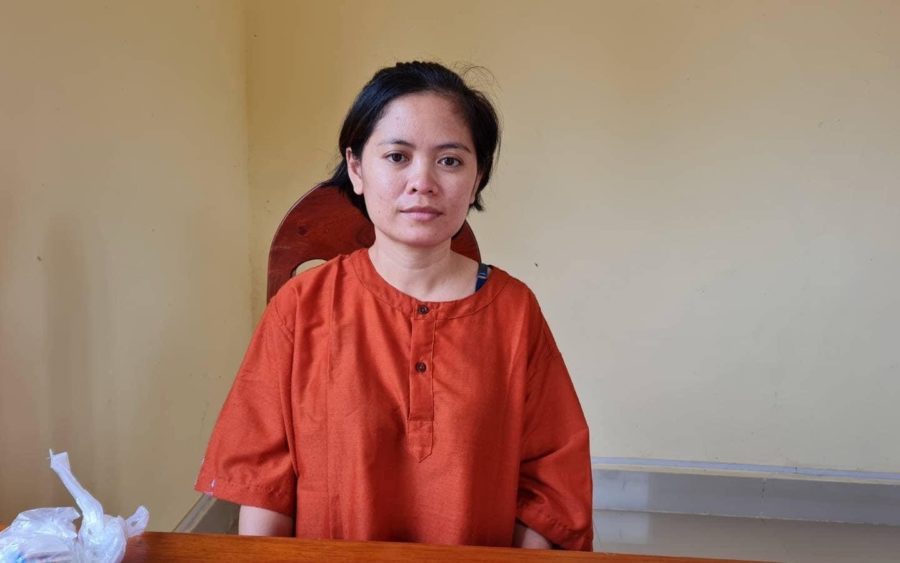 CCHR executive director Chak Sopheap said the group was worried about the conditions in prison. She said there should be no restrictions for suspects who had not yet faced trial, adding that the unionists should never have been arrested.

“I think it is regrettable because every person who has not received a final sentence from the court should be treated as innocent,” Sopheap said.

The LRSU casino workers’ union has been on strike since December 18, with near-daily protests in central Phnom Penh in response to mass layoffs that they argue targeted union leaders and members.

The Kampong Chhnang Provincial Court released land activist Oum Sophy and her husband Snguon Nheun on bail on charges of being accomplices to intentional damage, but sent another activist to pretrial detention, their lawyer said.

Sophy, Nheun and the third activist, Tuon Seng, are members of the Lor Peang community, which has been in a long-standing dispute with KDC International, a company owned by Energy Minister Suy Sem’s wife Chea Kheng.

The latest arrests were between Seng and another party, and had nothing to do with Sophy, Nheun or KDC, argued defense lawyer Choung Chou Ngy.

Sophy and Nheun had been detained for three nights before being placed under indefinite court supervision for being an accomplice to intentional damage, Chou Ngy said.

“This is an irregularity by the law enforcement officials who did this,” he said. “They arrested people abusively and took no responsibility.”

Nheun said police had threatened him and wife after their arrest. They had only been filming a dispute between villagers, he said.

After controversially hosting the Myanmar junta’s foreign affairs minister in December, Cambodia is not inviting the minister back for an Asean retreat due to lack of “consensus,” media outlets reported.

Prime Minister Hun Sen had also visited Myanmar last month, leading to a flurry of calls with other Asean leaders. They expressed concern about Hun Sen’s attempt to broker a deal in the conflict-stricken state.

Following Myanmar’s coup a year ago, Asean had agreed on a five-point consensus for Myanmar to work toward peace. Some saw Hun Sen’s actions as breaking the consensus.

“Since there is little progress in the implementation of the 5-Point Consensus, ASEAN member states find it hard to reach a consensus to invite Myanmar SAC’s foreign minister to participate in the Retreat,” Sounry said, referring to Myanmar’s State Administration Council. “Thus, we have asked Myanmar to send a non-political representative instead.”