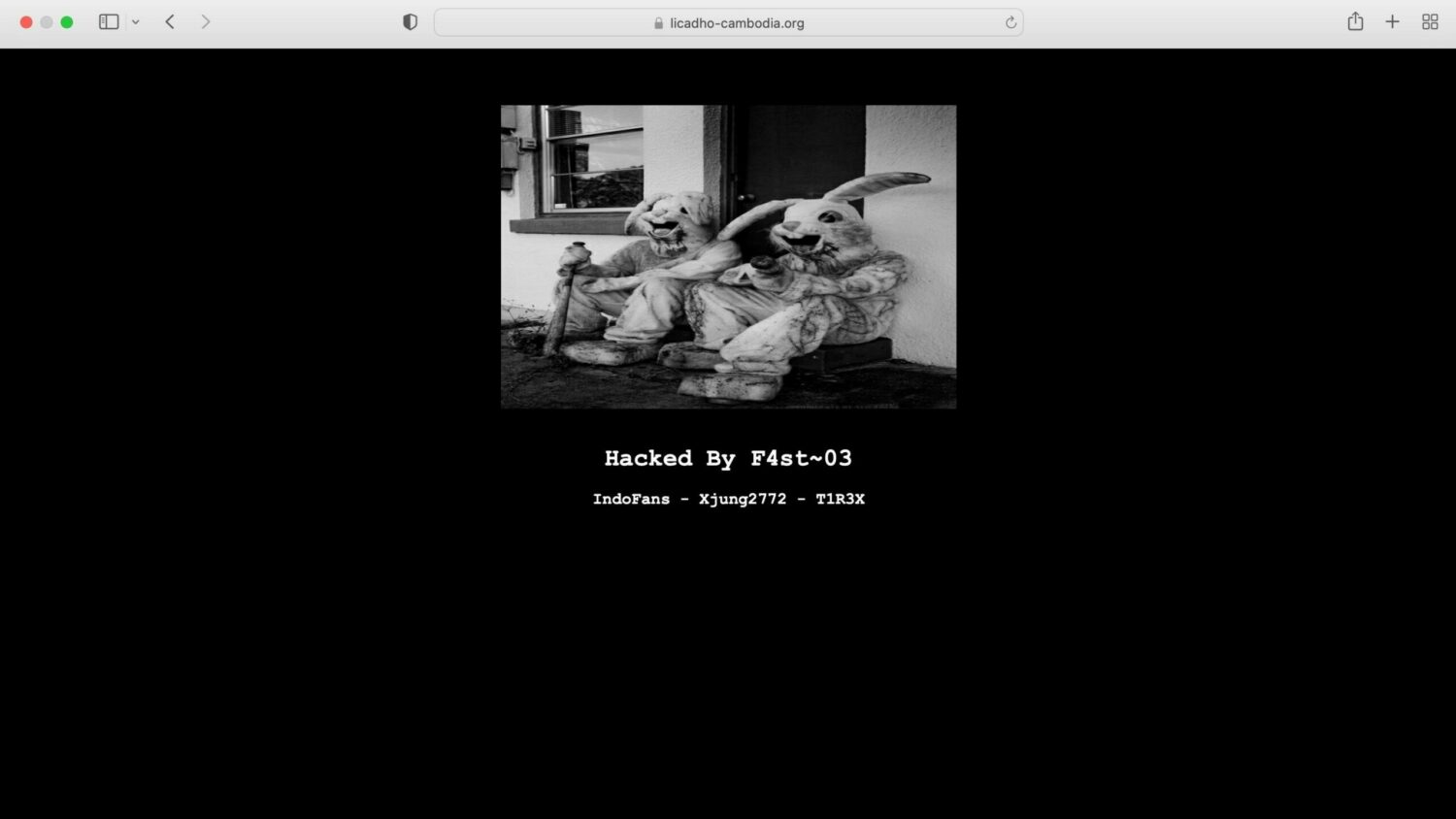 A screenshot of Licadho’s website on the morning of August 23, 2022 after the NGO site had been hacked by a group called F$st~03.

Prominent rights group Licadho had their website hacked overnight and defaced by a hacker group, with the site restored Tuesday morning.

Hacker group F4st~03 defaced the homepage of the website with an image of two people in rabbit costumes, one holding a baseball bat. The text below the image read, “Hacked By F$st~03. Indofans — Xjung2772 — T1R3X.”

Naly Pilorge, Licadho’s director for outreach, said the hackers only defaced certain pages on the website but did not steal any sensitive data.

There was no ransomware involved, she added, and the rights group had no plans to inform law enforcement about the hack.

“This appears to have been merely the case of a young hacker out there in the world who will have built up a bit more self-confidence in himself/herself out of having hacked a Cambodian rights NGO’s website,” she said.

Pilorge added that it was still unclear if there was a vulnerability in the group’s website code or software at the web-hosting service.

Human rights defenders and political activists have routinely been targeted by hacks or government-ordered surveillance, with information gleaned from these searches used occasionally in criminal trials.

Three military police officers accused of being involved in the death of a Kampong Thom village chief were charged by the court with manslaughter and sent to prison, a court official said.

Suong Don, deputy chief of Rung village in Kampong Thom’s Krava commune, was one of four people arrested during a law enforcement crackdown on alleged illegal online gambling. He was being transported in a police vehicle when he collapsed and was later pronounced dead, according to official reports.

“This is temporary. We cannot assume that they committed it or neglected to perform their role,” Veasna said.

The official added that 10 others questioned in the case had been released from police custody and were not involved in the case anymore.