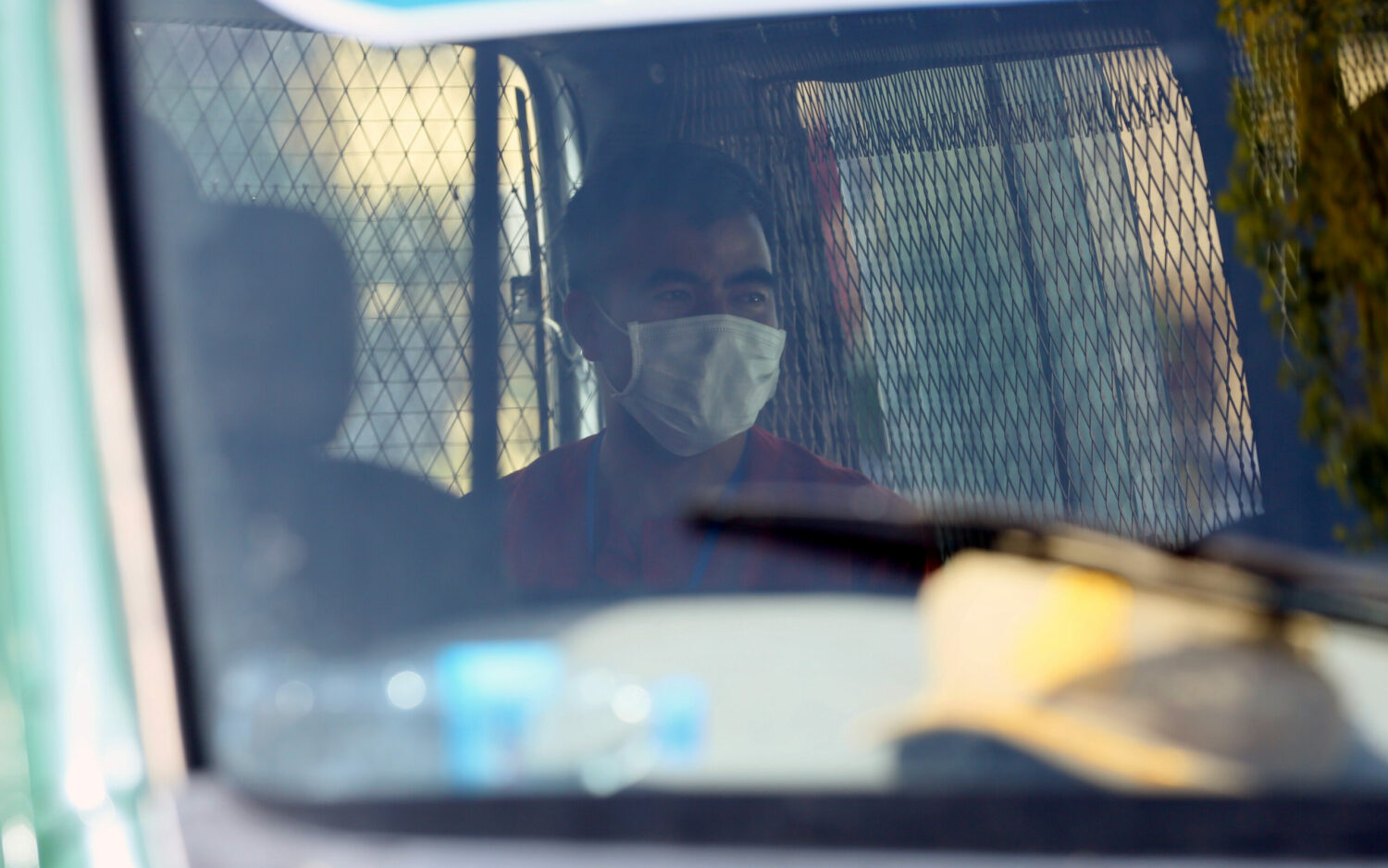 Candlelight official Ir Channa in a police van as he is taken back to prison from the Supreme Court. (Hean Rangsey/VOD)

A seventh NagaWorld worker was summoned to court on Thursday in relation to a complaint filed by the casino corporation alleging a raft of crimes.

At least six NagaWorld workers have previously been summoned by the Phnom Penh Municipal Court for questioning after NagaWorld filed a complaint with the charges of breaking and entering, intentional damage and even illegal confinement. There has been no clarity on what the workers actually did.

Mam Sovathin, another laid-off NagaWorld worker, said she went to court on Thursday after receiving a summons dated October 22. She submitted a letter asking for a delay because she did not have a lawyer.

“The court didn’t say anything, just took my document for a delay,” she said.

Sovathin said another worker had been called by the police and informed to appear in court for questioning but had not received an official summons letter. She did not recollect the worker’s name.

NagaCorp laid off more than 1,300 workers last year, igniting protests which have often turned violent when district security guards and police have attempted to block them. After months of being stopped at barricades on Sothearos Blvd. — after which they would be bused around the city and dropped off on the outskirts — they have been allowed to resume their protest outside NagaWorld 1.

Interior Minister Sar Kheng said a high-ranking instructor of the Police Academy of Cambodia had agreed to return state land he had grabbed for personal use.

In August, Kheng threatened to strip Yos Phorn of his rank if he didn’t return land to the academy in Stung Treng. Phorn had been the director of that school in the past, and was now a teacher at the academy in Kandal.

Kheng said on Thursday in Battambang that the police instructor was reluctant to give back the land but was told that he would face legal action if he didn’t return the 7 to 8 hectares of land.

“He understands it now and the problem has been solved and this is our pride too and success to solve the problem,” Kheng said.

Kheng had mentioned in his August speech that if Phorn returned the land, the ministry would consider giving him a small plot to build a house on. On Friday, he did not say if authorities had followed through on this.

The Supreme Court denied a bail request for jailed Candlelight official Ir Channa, who was arrested on the charges of plotting related to Mu Sochua’s plan to come back to Cambodia in 2021.

Channa, who was a former CNRP activist, was the deputy head of Candlelight Party in Takeo province. He was arrested in late May from Phnom Penh’s Aeon Mall for an alleged passport processing issue but later charged with plotting.

Supreme Court judge Nil Nonn rejected Channa’s request for bail on Friday and sided with the Appeal Court’s decision from August to keep the opposition member in pre-trial detention.

As Channa left the courtroom on Friday, he called the ruling unjust and that a political solution was the only way forward.

The bail hearing was held on October 21. Court prosecutor Chum Samban had pushed for the court to stick with the lower court’s ruling because investigations into the charge against Channa were ongoing.

Choung Chou Ngy, Channa’s lawyer, argued last week that, if given bail, his client would not obstruct the investigation, had clearly stated his place of residence, would appear for any court summons and wanted to stay home to take care of his parents.