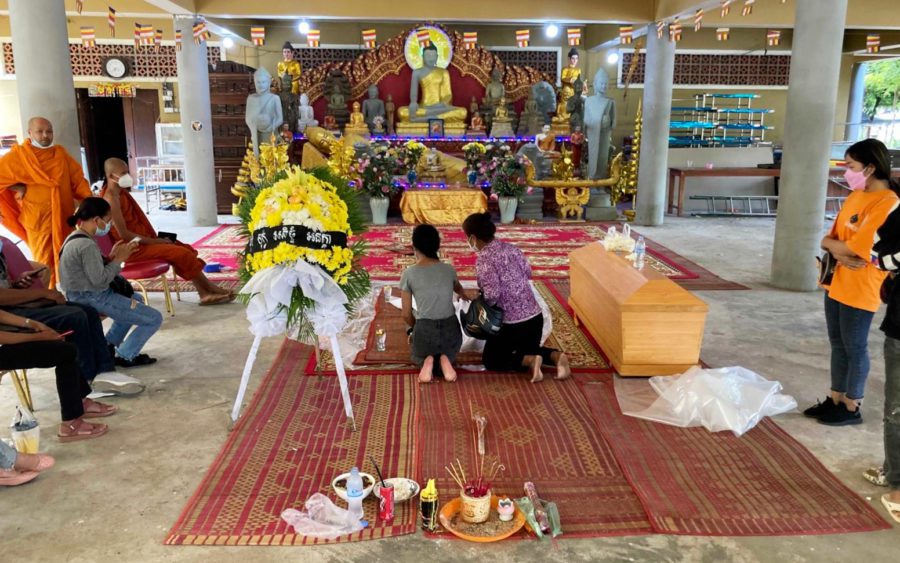 Three NagaWorld protesters who were arrested on Saturday have been charged for obstruction under the Covid-19 Law and sent to pretrial detention at PJ Prison, a rights group said.

Am Sam Ath, spokesperson for rights group Licadho, said the Phnom Penh Municipal Court had charged the three workers under Article 11 of the Covid-19 Law on Wednesday.

Hundreds of NagaWorld casino workers have been holding near-daily rallies since December 18 over mass layoffs that they say targeted union leaders and members.

Last week, they were ordered to undergo Covid-19 testing, and even those who tested negative were told to self-isolate for one week.

Covid-19 cases rose in the country this week, hitting over 200 daily cases for the first time since October.

Sam Ath said the detention of the protesters — there are now 11 in jail — was unfair, and called for their release.

Court spokesperson Plang Sophal said he could not provide information about the case.

Gov’t Offers No Response to UN Query on CNRP Killing

Three U.N. rapporteurs said they were concerned over the killing last November of a CNRP activist in Phnom Penh, and that the government was yet to reply to their queries into the investigation.

The U.N. released the communication with the government on Wednesday over the killing of a CNRP activist near the Wat Chas pagoda in Phnom Penh. The document has redacted the name of the victim and accused, who was arrested by the military police days after the murder.

“While we do not wish to prejudge the accuracy of these allegations, we are deeply concerned about the killing of [victim], especially in light of the history of attacks and intimidation against him that appear to be connected to his political activism,” reads the letter.

VOD has reported the murder of CNRP activist Sin Khon near the pagoda and an alleged altercation with the accused, Sieng Chorath. The U.N. communication raised questions over the veracity of this altercation. The communication was released 60 days after it was sent to the government, with no response forthcoming from authorities.

Khon, who is from Takeo district, was also hit in the head by unknown assailants in May 2021. Several opposition activists from the outlawed CNRP have been assaulted in public.