Broadcasters Held Overnight for Filming in Gate of Chinese Villa 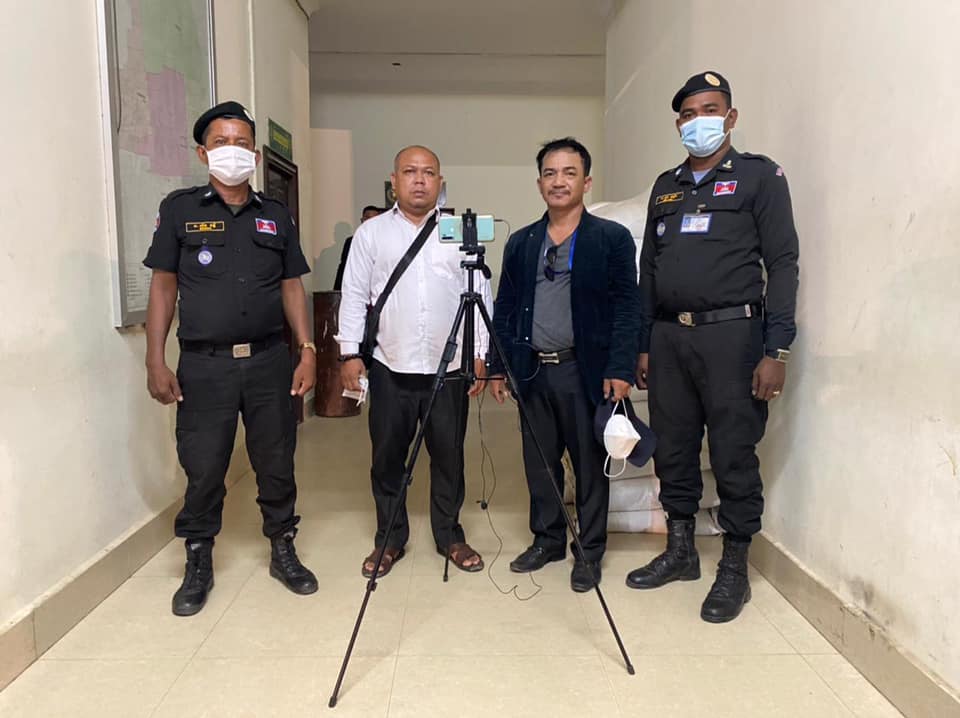 Two Facebook broadcasters were detained overnight after filming inside the gates of a villa where they variously alleged that 100 foreigners who entered the country illegally could be living and that a security guard was fired without being paid.

“She had done nothing,” Meng Vang said. “They went to shoot at the house.”

The two men were detained around 3 p.m. Sunday for violating an individual’s rights, but were released on Monday, according to district police.

Sin Lot, 39, one of the two detained, said he had received leaked information that a security guard at the house had been fired without getting paid.

“The authorities called us for questioning because we were a little unethical, because we entered the fence of their house. We accept our mistakes,” Lot said.

A 26-minute video on Lot’s news website, Techo Santepheap, posted on Sunday, shows the journalists at the villa saying that nearly 100 foreigners, including Chinese and Thai individuals, had entered the villa but had not come out. They say they do not know if the foreigners entered Cambodia legally or illegally, and call on authorities to investigate.

“Preliminary information for our brothers and sisters about the case of many foreigners living in this villa without a clear passport,” the video says.

The second detained journalist was identified as Panh Phalla, 37, from Asean TV.